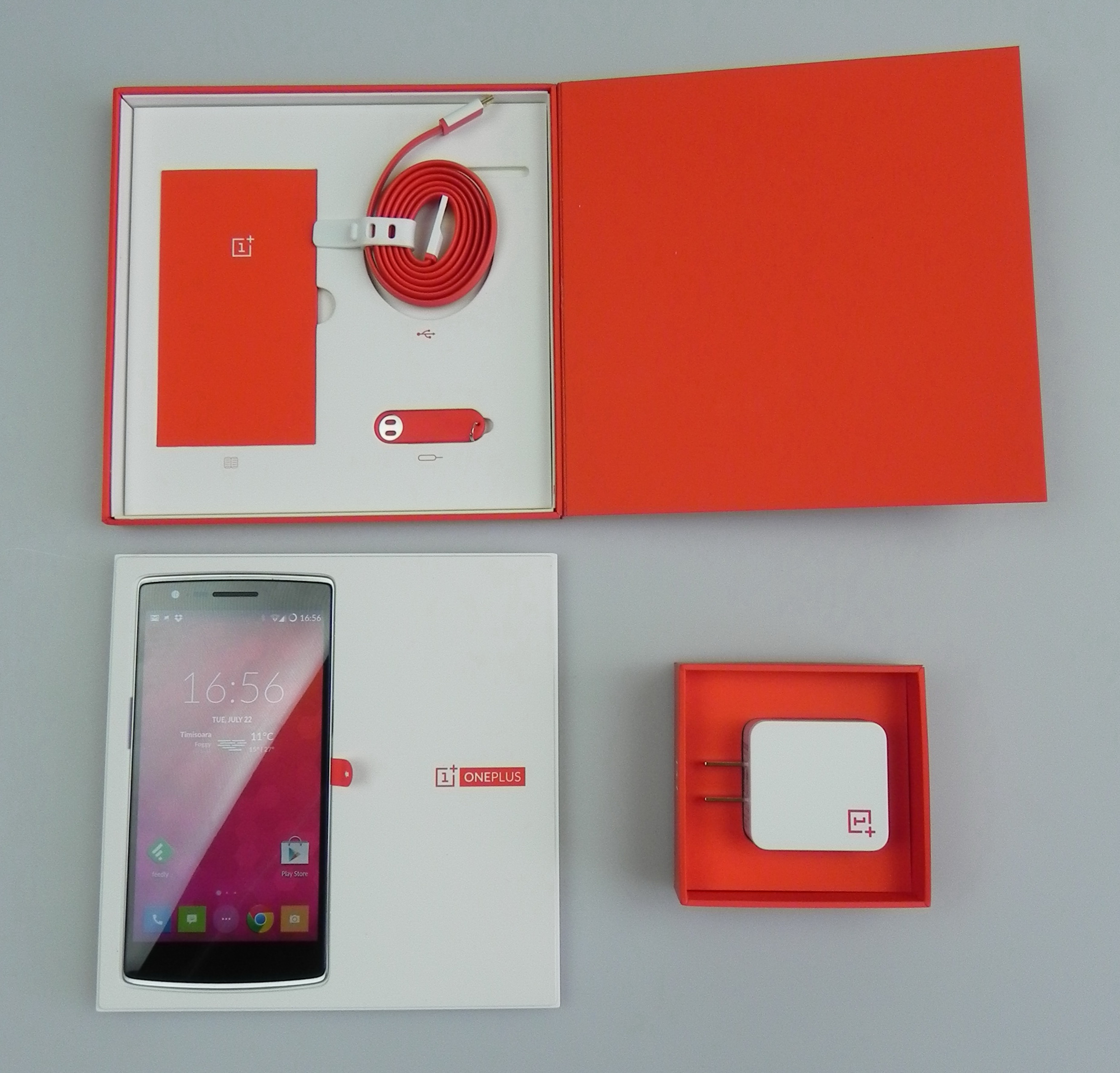 OnePlus is a young Chinese company, that includes many former Oppo employees and is very enthusiastic about its products. So much so, that the accessories inside the box of the OnePlus One feel like they were carefully placed there by the employees themselves. And now let’s check out the unboxing of the device. 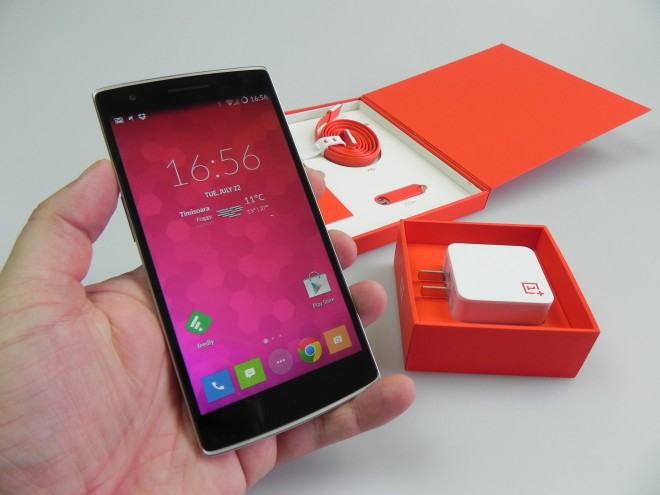 The product was announced in April and launched in June and we ordered it through Pandawill. It took about 40 days to reach us and we spend around $424 on it, with all the taxes and charges included. The product comes in a typical cardboard box, that holds the handset’s box, a manual, the charger’s box and a small adapter for the charger. Inside the phone’s box we find a very unusual looking USB cable and a small metal key inside a small pouch, that you use to access the micro SIM card slot. 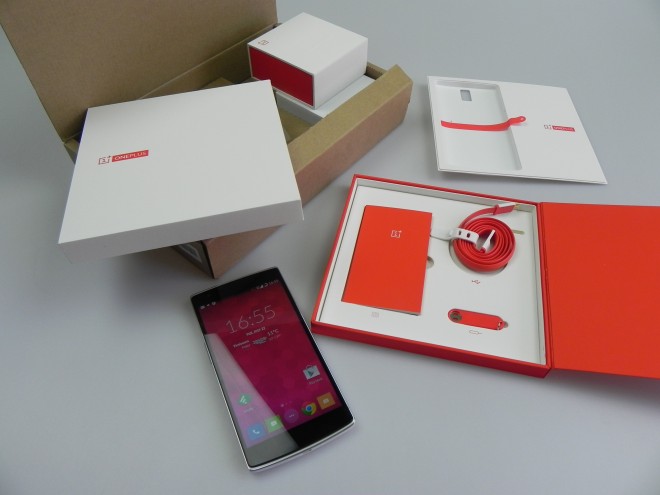 There are no headphones bundled here, but that’s not that big of a problem, since other brands also take this approach. We got this handset with CyanogenMod 11S installed, instead of Color OS and the packaging was open so the folks who sent it to us (either Pandawill or OnePlus) were careful enough to install CM 11S for us. By the way, the smartphone is unlocked and rooted “from the factory”.

It measures 8.9 mm in thickness, weighs 162 grams and its design language reminds us of Oppo quite a bit. The screen is a LTPS LCD with a 5.5 inch diagonal and a Full HD resolution and other specs include dual speakers, 16 or 64 GB of storage, 3 GB of RAM and a 13 megapixel camera with dual LED flash. There’s no microSD card slot here, but we do get a 5 megapixel front camera, a Snapdragon 801 quad core CPU and a 3100 mAh battery. We’ll be back with a full review ASAP.