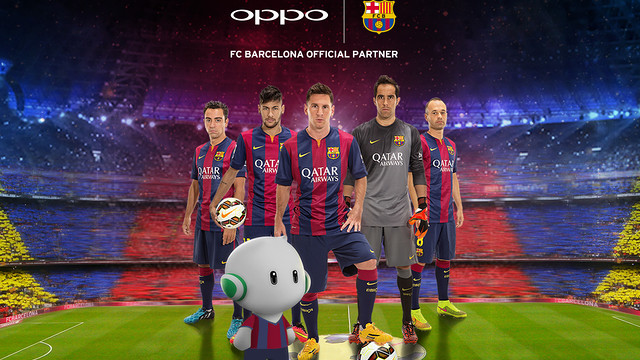 Oppo has become the official sponsor of Spanish team FC Barcelona, in its biggest PR stunt yet. The maker of Oppo R7 and R7 Plus has been expanding to Europe for a while now, but nothing wins the hearts of Europeans more than supporting a soccer team.

Through their new agreement, FC Barcelona and Oppo will cooperate in fields like football events, television advertising and various activities. Oppo will get visibility during the Camp Nou matches. It’s not yet clear if their logo will also be shown on the T shirts of the players. Oppo is a smartphone maker from China, who sells its products in over 20 countries, including China, Australia, Mexico and nations from the Middle East, as well as South Asia.

Europeans and the US public know Oppo more for their Blu-ray players, but they’ll soon know them as the official sponsor of FC Barcelona. This expansion into the European market will probably also include the creation of Oppo Stores, if you allow us to speculate. Expect to see ads with players like Messi or Neymar chatting on the Oppo R7 or other handsets made by Oppo.