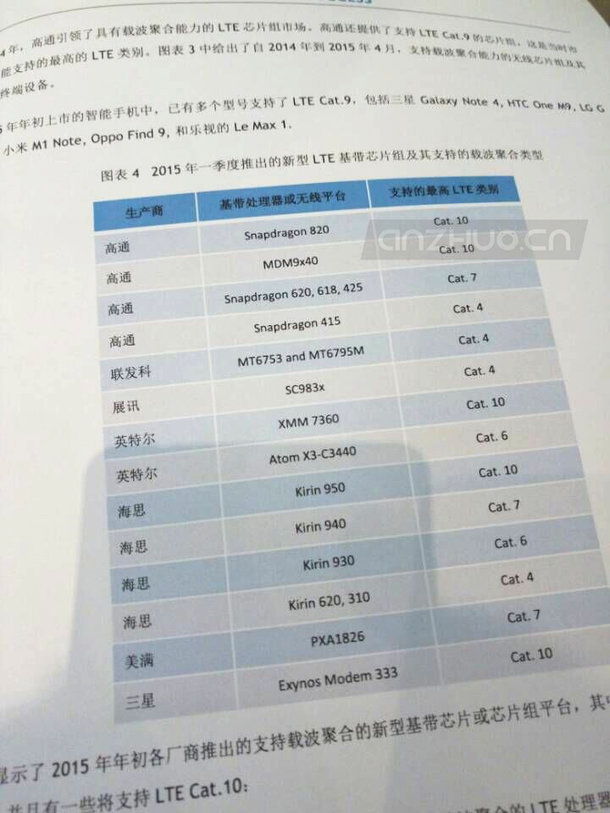 In spite of the problems met by the Snapdragon 810 CPU, including on the Xperia Z4 recently, it appears to remain a popular choice for device makers like Oppo. They are now rumored to include this chip on their upcoming flagship, the Oppo Find 9.

Oppo rose to a bit more fame than previous when they debuted the Find 7 model, the first mainstream flagship with a Quad HD screen, even before the LG G3. That was a pretty good phone, that’s being followed by the Oppo Find 9 now, with great expectations from it. The image above is a promotional material used by the carrier Guangzhou Mobile to advertise 4G LTE Category 9 connectivity.

As far as I know, there’s an X10 modem on the Snapdragon 808 as well, with LTE Cat 9 connectivity, so that CPU is also in the cards. 3 or 4 GB RAM are a certainty here and the product is also expected to include a 16 or higher resolution back camera. Still, what’s keeping Oppo from launching its phone? Nice to see Snapdragon 820 also mentioned in the list above.