Home Oppo Oppo Find 9 Shows Up in GFXBench, this Time with a MediaTek... 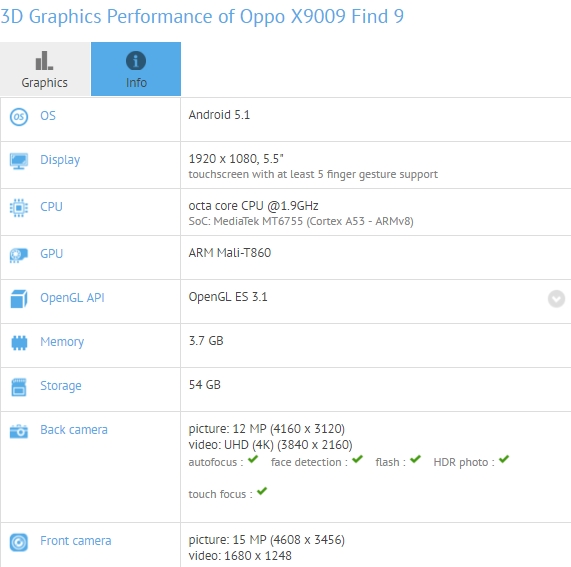 At the end of October 2015, we found out that the Oppo Find 9 flagship will be postponed because of the Snapdragon 820 delay. Well, even if the chip in case is currently available on the market, the Chinese company doesn’t give us any signs that the Find 9 smartphone will be announced in the following period.

However, thanks to the GFXBench database we get to know some new things about this upcoming handset prepared by Oppo. This time it seems that an octa-core MediaTek MT6755 processor is found on board, chip coupled with an ARM Mali-T680 GPU. This might suggest that Oppo will offer two variants of the phone, or that they ditch the Snapdragon 820 because of the higher price.

Among its other specs we have a 5.5-inch Full HD display (1920 x 1080 pixels), a 13-megapixel rear camera that can record in 4K Ultra HD resolution, and a 16-megapixel front-facing sensor. There’s 4 GB of RAM memory, 4 GB of RAM and Android 5.1 Lollipop pre-installed.