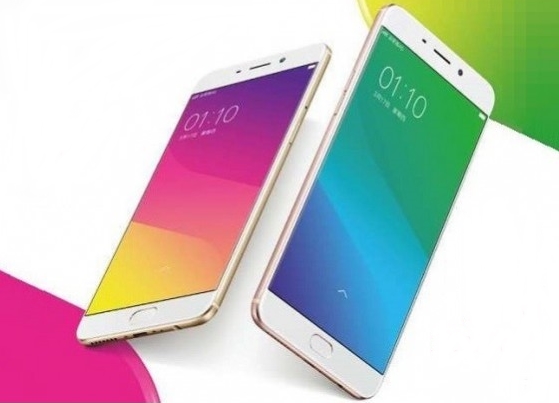 As the Oppo R9/R9 Plus launch approaches, being planned for March 17th, it looks like the Chinese company comes with a pretty interesting marketing campaign. More precisely, users are invited to vote their favourite color for the upcoming smartphone, and it the same time they get the chance to win the new Oppo R9 once it gets official announced.

In this poll runned by Oppo we notice 9 different colors for the Oppo R9, as it follows: white, black, dark red, yellow, gold, dark blue, pink, silver and finally a purple variant. There’s a possibility that the most voted color to be later introduced on the market beside the standard shades available for Oppo R9. 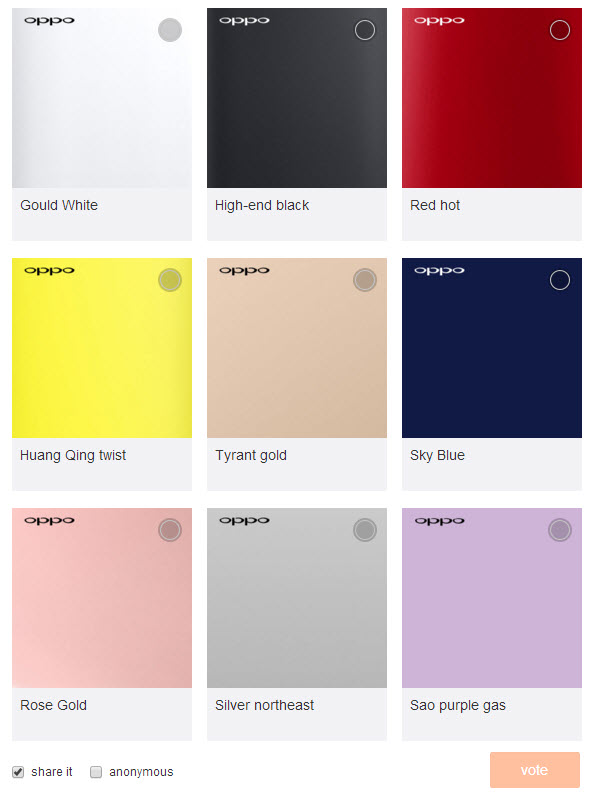 About these new phones we know until know the fact that we’ll be getting 4 GB of RAM memory, an OLED panel with Full HD resolution (5.5 inch on Oppo R9 / 6 inch on Oppo R9 Plus), and Android 5.1.1 Lollipop with ColorOS applied on top. Also, both these phones will bring 64 or 128 GB space of internal storage and a 16-megapixel rear camera.