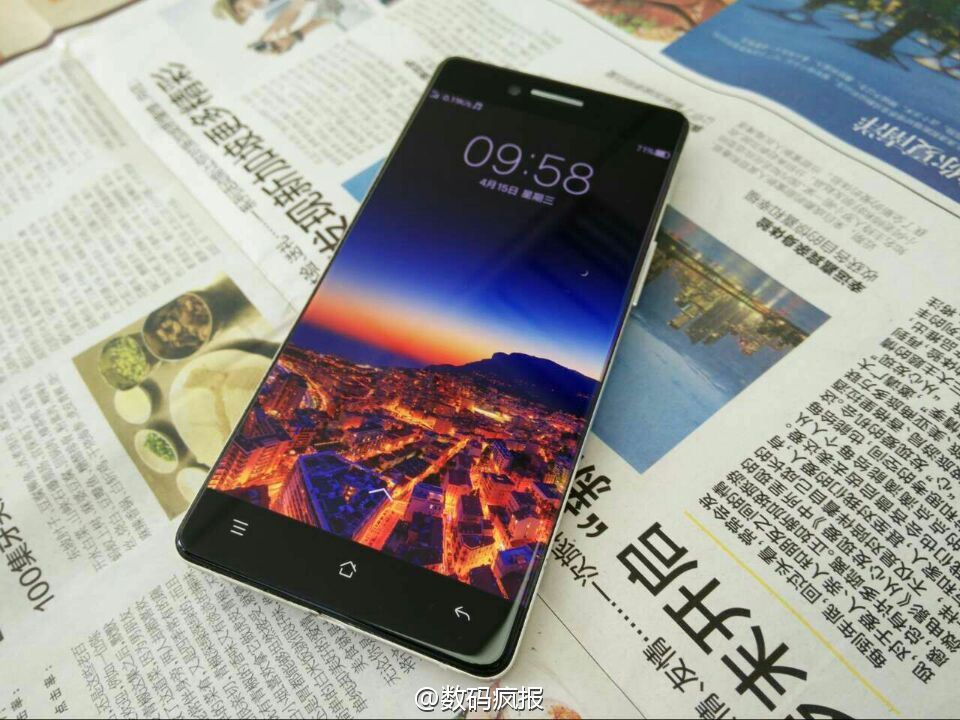 A few slides related to the Oppo R7 have leaked, showing that the phone is not as edge to edge as expected and also revealing a potential price tag. This model got famous because of a leaked video showing it had no bezels. 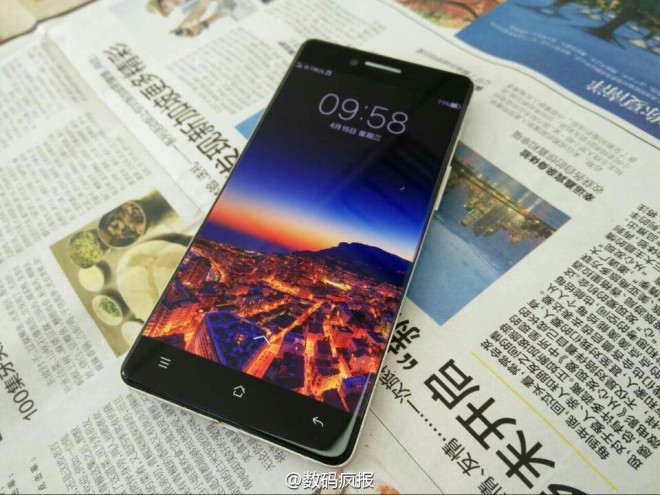 Well, apparently it does have bezels, but it uses an optical illusion to simulate it doesn’t. The price mentioned in the slides is $483, which is $17 less than the Huawei P8, also shown in the same images. This is kind of a big price for this phone, considering we get specs that would have impressed us in 2014, but in 2015 not so much. They include a Snapdragon 615 chipset, 2 GB of RAM and 16 GB of storage.

There’s a 2320 mAh battery inside, a 13 MP back camera and the chassis measures just 6.3 mm in thickness. The Oppo R7 is positioned as a premium product on the Chinese market with this price tag, in spite of the midrange to high end features. I sure hope it throws in something extra, like a fingerprint scanner or HiFi audio. 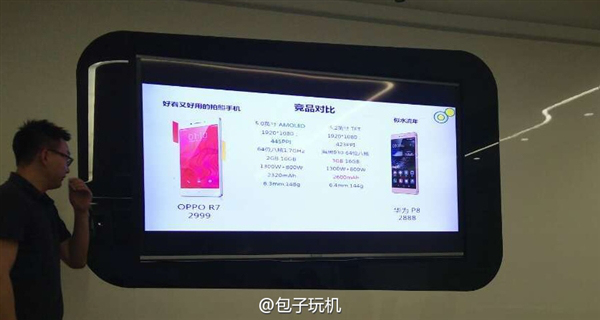