The Oppo R809T was leaked not so long ago in this piece and back then we were shocked by how thin it was, at 6.13 mm. This device has now been pictured from the front, after being leaked with a profile picture. 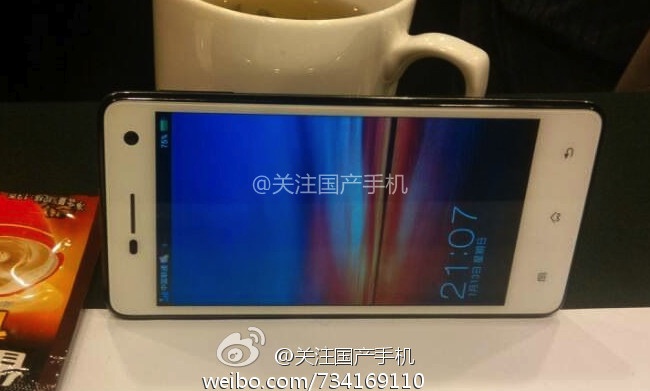 Design-wise, we’re dealing with a model that looks like the Oppo Finder 3, launched last year. That model measured 6.65 mm in thickness, but this one shaves at least half a millimeter from that unit. According to reports you shouldn’t expect crazy flagship specs on this device, that will pack a 4.5 inch 1280 x 720 pixel display and a quad core MT6589 processor.

There should also be 1 GB of RAM, 16 GB of storage and a price tag of $403 for this handset. Frankly speaking, the price tag is a bit high for a model that’s about 3 times less powerful than a Xiaomi smartphone with much superior specs and also a better looking design. Making a thin phone is not the key to everything, folks!