Oppo Reno 4 Pro 5G was unveiled a while ago, but it finally reached my region today and I got some quality time with it. It’s a high midrange phone, that uses the same Snapdragon 765G CPU as the predecessor, but comes with some serious camera upgrades. Priced at around $700, the device focuses a lot on Night capture and Video capture, very well stabilized even with the front camera. Let’s check it out in the unboxing below and also learn what’s inside the box.

In some countries the device is bundled with an Oppo Watch, which is not a half bad deal. Inside the box we find a SuperVooc 2.0 65W charger, that is supposed to charge the device in a few dozen minutes. I had a demo of that done in front of me, with 10 minutes bumping up the phone from 26% to 66%. Also in the box we find a SIM key, manual, transparent case, USB-C cable and a pair of headphones that are fashioned like the EarPods, with an USB-C connector. 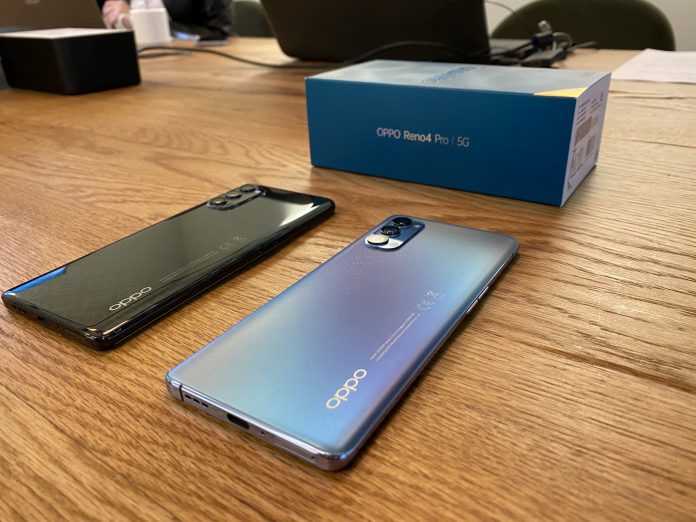 The phone itself offers an excellent first impression, with a glass back and front, plus a metal frame in between. No IP68 here, but an incredibly low weight, of 172 grams. It measures 7.6 mm in thickness and comes in blue or blue, with different patterns on the back. The blue one is glitter-like and a bit frosted, while the black one has “C”s imprinted below the glass, catching the light as rainbows and feeling like the Gucci logo. If you want to avoid fingerprints and grease, go for the blue version. 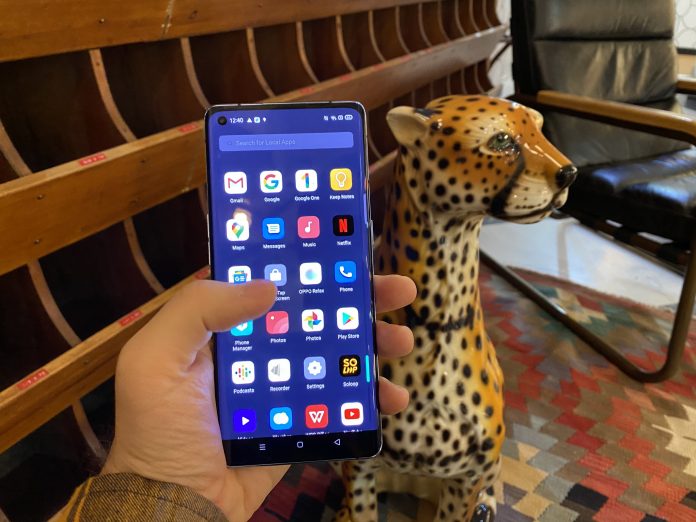 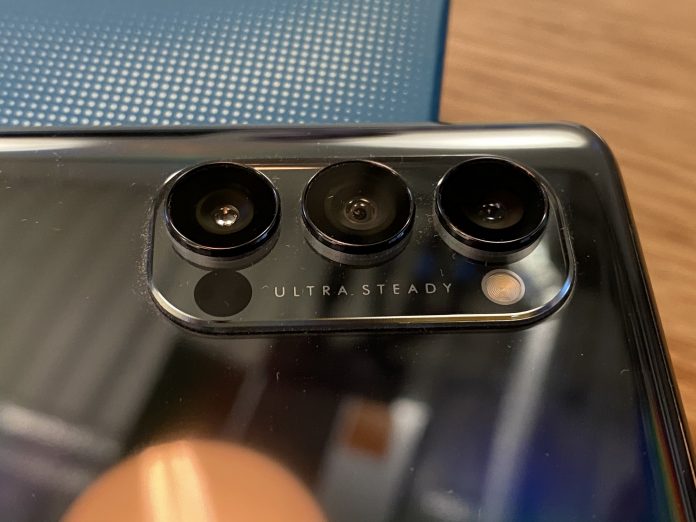 There’s no microSD card slot here, but there’s a 4000 mAh battery with 65W charging. We don’t have wireless charging, as far as I Know. Then we get a pair of stereo speakers, an optical fingerprint reader in the screen and a 32 MP selfie camera cut in a punch hole. At the back we find a triple shooter with this setup:

There’s also 4K video capture and I was quite impressed by the large number of Night Modes. There’s regular Night Mode for photos, but also one for videos and even one for ultrawide videos. Ultra Steady stabilization applies to the bck and front camera and there are 6 Portrait modes based on AI, including AI SuperClearPotrait and AI Super Night Portrait. So Night intervenes in Selfie, Video and Ultrawide, which is quite impressive. Then we get 4G and 5G, USB-C, WiFi dual band, Bluetooth 5.1, GPS, NFC and Glonass. 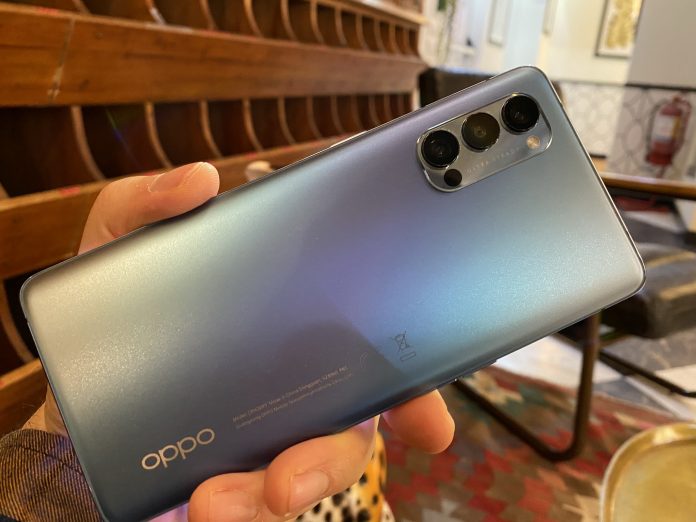 Oppo Reno 4 Pro 5G runs on Android 10 with ColorOS 7.2 on top and it should get Android 11 with ColorOS 11 on top, quite the leap from what I hear. A novelty is one hand usage, triggered with a swipe up on the side, which offers 8 icons easily accessible at the bottom of the screen. There’s also that sidebar for multitasking on the side, which triggers floating windows. Oppo also preinstalls an app called SoLoop, which lets you create a collage of videos and photos, from the ones you save.

For now this sounds and looks like a device for youngsters, for selfie buffs, Instagrammers and people who live during the night. Night filming and night selfies are its special traits. We’ll test them and be back with a review.