ASUS unveiled today the ASUS ZenFone 7 and ZenFone 7 Pro and we were lucky enough to score the latter for an unboxing. It’s the flagship of the new duo, with a Qualcomm Snapdragon 865+ CPU, AMOLED 90 Hz screen and triple rotating camera. ASUS ZenFone 6 gained quite some hype and traction last year, with the bold choice of giving up the selfie camera and providing a rotating triple camera, that was placed at the back and also doubled as the main camera. This idea continues, this time with a new and improved mechanism with Liquidmetal and a new motor. Priced at 800 euros, the flagship gets unboxed below.

ASUS ZenFone 7 Pro comes with an upgraded rotating camera and with the latest Qualcomm CPU, Snapdragon 865+, as well as a rather large battery. ASUS listened to the complaints regarding the ZenFone 6 and its IPS LCD screen and swapped it for an AMOLED. We have the Pastel White version of the phone, catching the light in pink/blue hues at the back side. Inside the box there’s a bit of a surprise: ASUS bundles 2 cases instead of one. 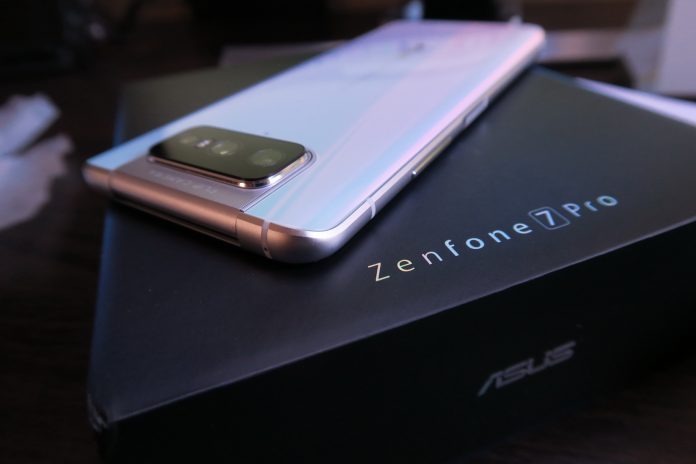 The ASUS Active case probably also has an integrated chip, which also affects the device’s software, not letting you open up the rotating camera when the case is on. The charger is rather beefy and reminds me of the ROG Phone 3 one. As far as the handset is concerned, it’s got Gorilla Glass 3 at the back, Gorilla Glass 6 at the front and a solid aluminum frame in between. It measures 9.6 mm in thickness and weighs 230 grams. This means it’s a rather massive device, with 40 grams extra weight compared to the predecessor. 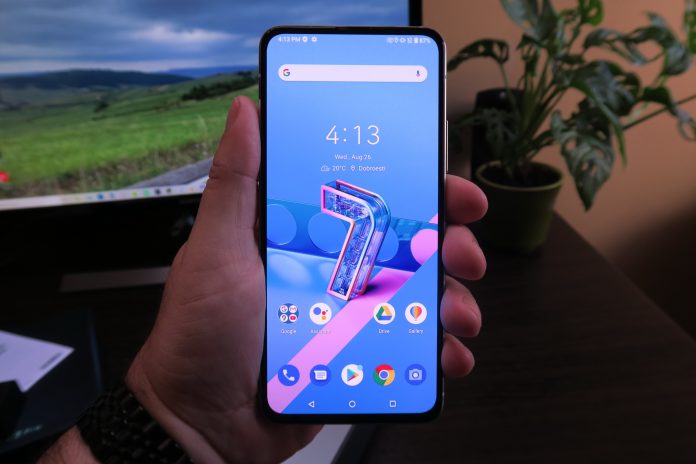 It may be the battery or the new rotating camera, but that’s quite the difference. The weight is well distributed and you won’t feel the phone as extra heavy, just heavy. It’s definitely well built and solid. Upfront we find a 6.67 inch AMOLED screen with Full HD+ resolution and a 92% screen to body ratio, at least on paper. In real life the bezels are a bit thicker than they should. The screen also has a 90 Hz refresh rate and HDR10+ support. The screen also provides a 1 ms response time and a touch sampling rate of 200 HZ. 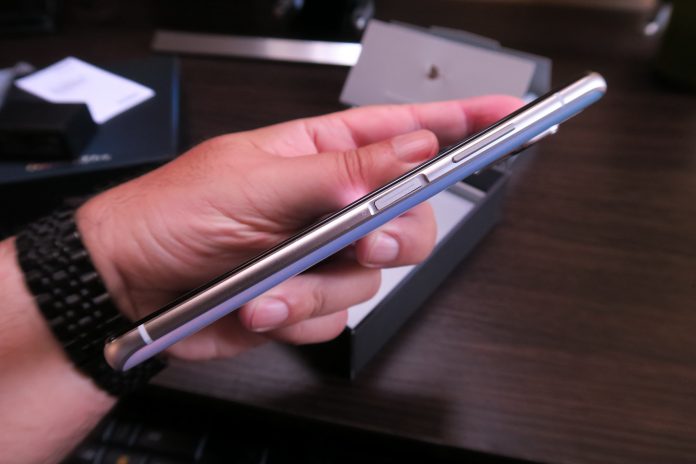 Inside there’s a Qualcomm Snapdragon 865+ CPU, 8 GB of LPDDR5 RAM and UFS 3.1 storage of 256 GB, as well as microSD card slot. For security we have a fingerprint scanner integrated in the Power button on the side, which is rather flat and a bit flimsy. Other specs include dual stereo speakers with dynamic acoustic and amps, plus 3 microphones. The battery is a 5000 mAh unit, that charges at 30W. On the connectivity front we also get WiFi 6, 5G, Bluetooth 5.1, GPS dual band, WiFi Direct, NFC and USB-C. 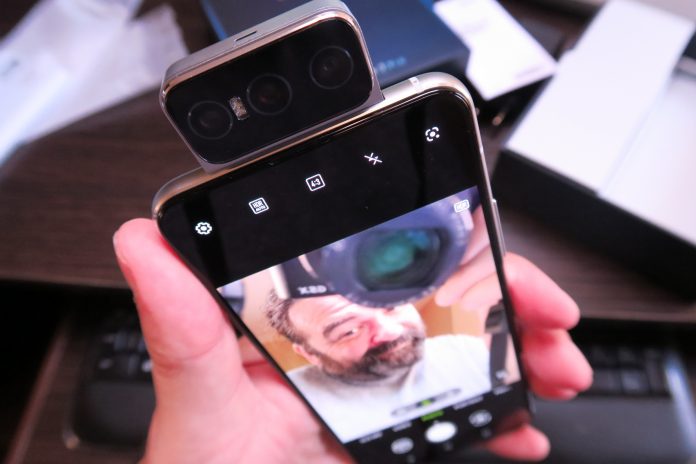 And here we are with the camera. It gets a brand new mechanism, a rotating one with a brand new motor, a stepper one with twice the torque of the predecessor. The camera mechanism is made of Liquidmetal and has 2 extra angles to flip at, aside from the 90 degrees of the ZenFone 6 and the regular upright one. It can also take up to 35 kilograms of force bending it towards the screen and 5 years of 100 flips per day. It also has less mobile parts, a faster and more accurate rotation.

These are the sensors available here:

There’s also LED flash, 8K video capture, 120 FPS 4K video capture and Auto Panorama, that rotates the camera instead of you rotating your hands. There’s also Night, Portrait, Pro Video and more options. ASUS ZenFone 7 Pro runs on Android 10 and Zen UI 7, with a minimalistic and stock UI, plus Game Genie from the ROG Phones for game streaming and more. ASUS seems to have delivered a powerhouse here, for a good price, with an improved screen, extra camera and a new rotating camera mechanism. 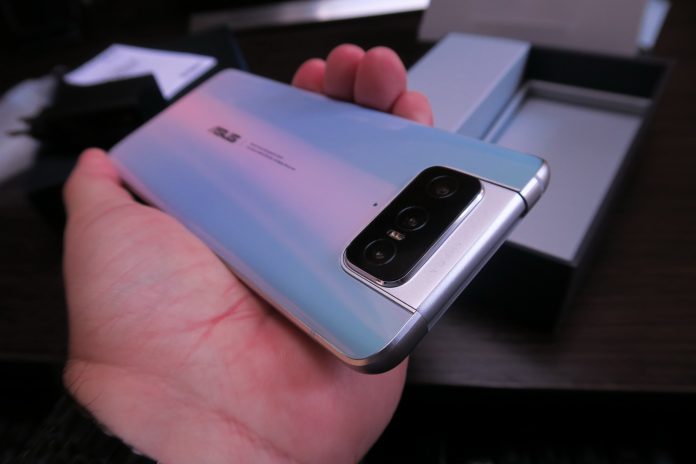 It lacks IP68 and audio jack, but these aren’t deal breakers for sure. The stocks were low for the last two ZenFone and that will make or break the phone once again. We’ll be back with a full review and in the meantime you can get the device here.