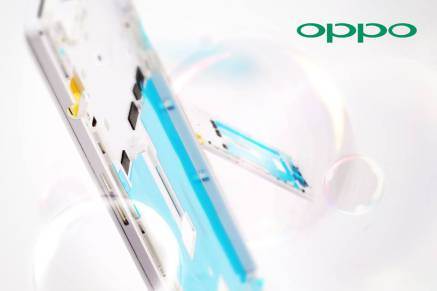 Huawei started a dangerous trend last year, with the very slim Ascend P6 model, followed by a series of ultraslim units from the likes of Vivo, Gionee and other Asian firms. Up until today Gionee held the record, with a 5.1 mm thick Elife smartphone and now Oppo is ready to take the crown.

Reports from the Chinese media claim that the company is preparing a 4 mm thick handset. You can’t help but wonder exactly how thick the phone will be and frankly speaking, I expect something like 4.9 mm in waistline. The handset will probably be priced like its rivals, in the $300 or $400 range, support LTE and offer a 64 bit Mediatek processor, as well as a 5 to 5.5 inch display. The battery life will probably be sacrificed, like it happened with so many models before it.

A good idea would be to make the phone longer and wider to compensate for the lack of thickness, but that may also make it prone to bendgate-like structural flaws. Will Oppo also opt for glass like Gionee to plate the front and back of the handset? Or will they go with plastic? Metal wouldn’t be a wise choice…