Orange Europe just announced today the devices it’s going to bring to MWc 2013 and those include a trio of new Jelly Bean smartphones. Meet the Orange Nivo, Lumo and San Remo, pictured below. 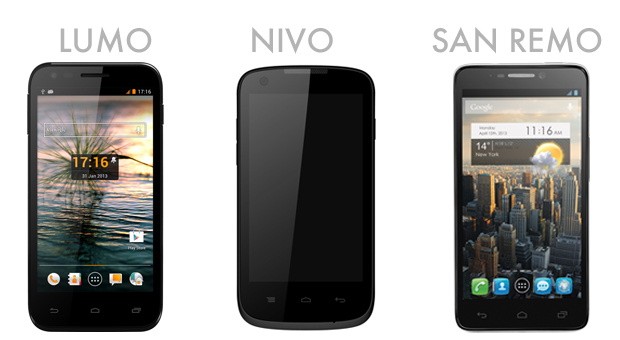 Among them we find the very first 4G phone with Orange branding, the Lumo. This device packs an 8 megapixel camera, a 4.5 inch display and probably the usual 1 GB of RAM and 16 GB of storage. Then comes the bigger 4.7 inch San Remo smartphone, with an 8.2 mm thick body and a similar camera.

Then we go into the budget area, with the 4 inch Nivo model with a 5 megapixel camera. Orange already announced the new models are not coming to the UK, but they should arrive to Romania, Slovakia and Spain in the first half of the year. Up until now Orange has made the news by launching an Intel CPU phone or two and a rebranded Huawei MediaPad tablet. Will they strike gold with this trio? We’ll learn at MWC 2013, where the devices will be exhibited.