The guys at Panasonic have only shown off the Eluga smartphone this year, back at MWC 2012 and it took a while for it to reach stores. That handset was reasonably modern when it was showcased, but it became a midrange unit by the time it reached stores. Now Panasonic have a really high end phone coming, one that won’t hit midrange level for at least a year. 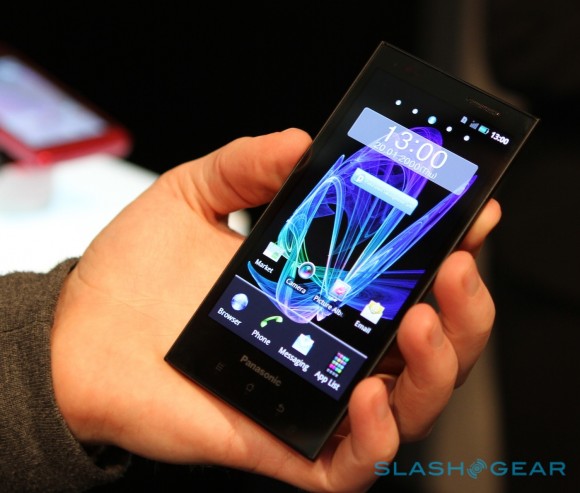 I’m talking about the Panasonic P-02E, that was recently handled by the FCC, with a complete battery of tests and such. This follow-up to the Eluga has a 5 inch Full HD display, although the diagonal is more subject of speculation, since it’s not yet clear. However, the resolution is a sure thing and so is the fact that the newcomer is running Android 4.1.2 Jelly Bean and supports 4G LTE connectivity, as well as NFC and mobile TV. The last part, coupled with the inclusion of a retractable antenna indicates that this model may remain stuck in Japan.

FCC approval usually means that the product will also come to USA and Europe at some point, but in this case we’re not that sure. It all depends on the announcements they’ll make at next month’s CES 2013 and also at MWC 2013, so we’ll have to wait and see.