Pantech has been including one or two handsets in the portofolio of main US carriers and now yet another model appears. Pantech Burst is the first that comes to mind, complete with LTE connectivity on AT&T. Well, we’ve also heard that Panasonic has cool handsets such as the Vega LTE in the works, but such devices rarely cross the Pacific. And till then we can console ourselves with the Pantech IM-A830S, that just showed up in a bunch of benchmarks. 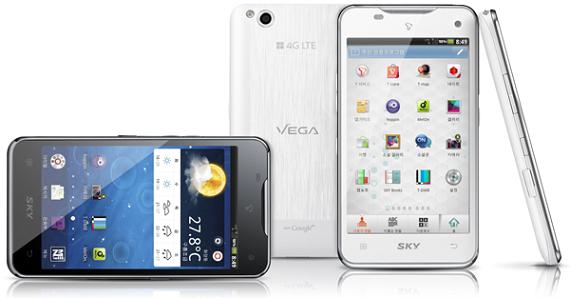 This is a smartphone based on the Snapdragon S4 CPU, a pretty popular option among handset makers. However, before you get your hopes up, know that the production line at TSMC is stopped and CPUs such as Snapdragon S4 will be delayed and so will the phones that use them. Back to the IM-A830S, this device uses a 1.5GHz dual core Krait processor, as well as a 720p display. Android 4.0 is the OS of choice here, apparently accompanied by capacitive buttons used for Android interaction.

Right now it seems that we’re dealing with a smartphone meant only for South Korea, but later global availability may happen. In the end we have no idea exactly what this model is or when it’s coming… just that it exists.