Pantech is the third biggest South Korean handset maker, after Samsung and LG and today they’ve unveiled two new handset models, well better said one new model and one that we already knew about. Pantech Vega No. 6 was announced a while ago and already released in Hong Kong, while the Vega Q is the newcomer. 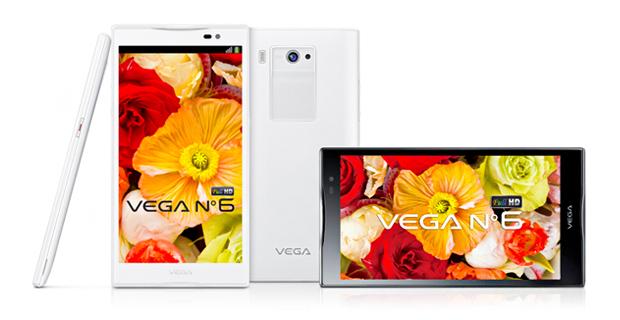 The Vega No. 6 goes for about $663 and it runs Android 4.1 Jelly Bean, plus it comes with a pretty big 5.9 inch IPS display with Full HD resolution. There’s also NFC on board, a 13 megapixel camera at the back, a front 2 megapixel shooter and a quad core 1.5 GHz Qualcomm processor inside. Specs also include 2 GB of RAM, 32 GB of storage and a 3140 mAh battery.

The Vega Q model is lower priced, at $380 and it brings a waterproof case, Android 4.1 as the OS and a 4.3 inch HD display. Features include an 8 megapixel rear camera, a dual core 1.5 GHz processor, 1 GB of RAM and 16 GB of storage. Both models are available in Taiwan right now.