Adobe has just announced that it’ll offer a mobile version of Photoshop for Android phones, allowing users to crop, rotate, flip or change saturation of photos. Photoshop.com Mobile will be doing the magic, by also allowing users to auto-upload and share photos, via their account. 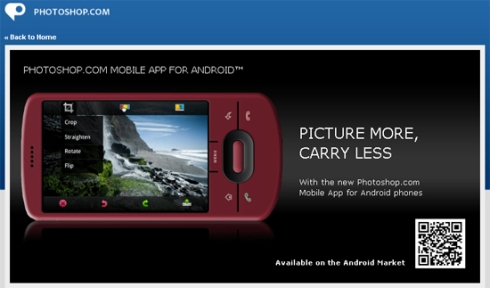 It was about time that Android started getting some love in the major apps department, since we saw Photoshop on the iPhone a couple of weeks ago. In the image below you can notice a few pictures that demo the before/after scenario and some elements of the application’s user interface.

Slowly, but surely, Android is getting the needed respect and number of apps needed to compete with the iPhone and its hugely successful App Store. 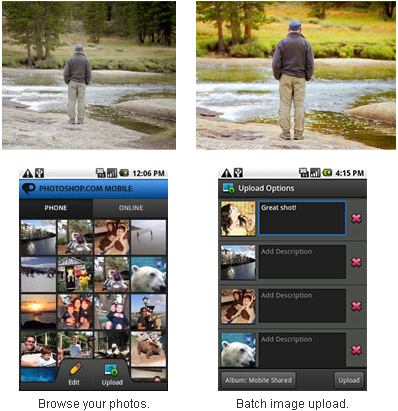