Over the past month, aside from playing with high end phones like the Nexus 5, I’ve also had the chance to test a midrange device, the Prestigio Multiphone 5400 Duo. The device is priced at $196 and it’s a dual SIM quad core unit that was launched this summer. 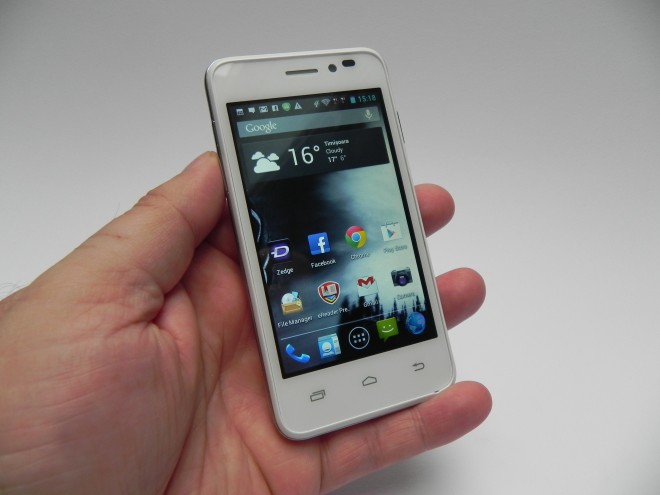 It features a plasticky glossy case, that feels slightly slippery and measures 9.9 mm in thickness, so it’s not exactly slim. The handset weighs 132 grams and it has a big camera area, as shown in the video review. The camera zone even stands out quite a bit. Luckily the back cover is easy to remove the slots are easily accessible.

The design is solid, the handset uses capacitive buttons and we’ve got slightly lifted edges, so the screen can be protected better. The frame of the device is made of metal and at the top you can find the audio jack and microUSB port, while the buttons are on the sides. The screen is a fingerprint magnet and overall the handset is easy to use with a single hand. 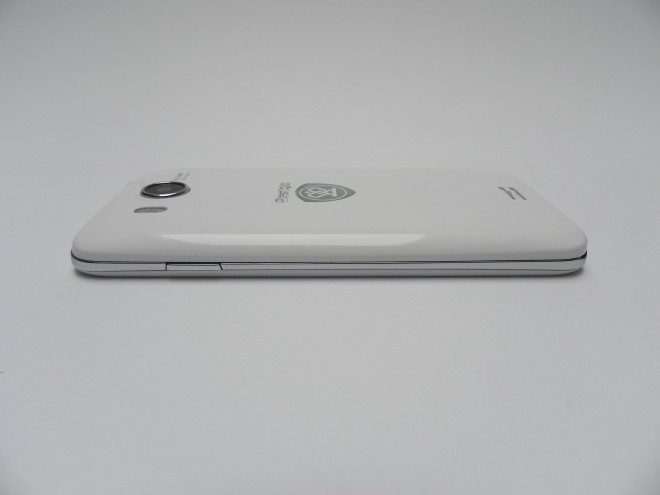 On the specs list we find a TFT 4 inch screen with a 480 x 800 pixel resolution and 4 GB of storage inside the phone. There’s a microSD card slot available, 512 MB of RAM as well and on the connectivity side there’s EDGE, GPRS, HSDPA, WiFi and Bluetooth 4.0. We’ve got a Snapdragon MSM8225Q processor inside the unit, a quad core one with Cortex A5 technology and clocked at 1.2 GHz.

Prestigio Multiphone 5400 relies on an Adreno 203 GPU and at the back we find an 8 megapixel camera with dual LED flash, while upfront rests a 0.3 MP shooter. There’s a GPS inside the device, FM radio is supported as well and we’ve got a G sensor, light sensor and proximity sensor among the specs. The battery is a Li-Ion unit with a capacity of 1700 mAh. This battery brought us a functioning time of 3 hours and 40 minutes in HD video playback mode with WiFi on and brightness at 50%. This means the battery could have been slightly better, but this capacity is still decent enough. 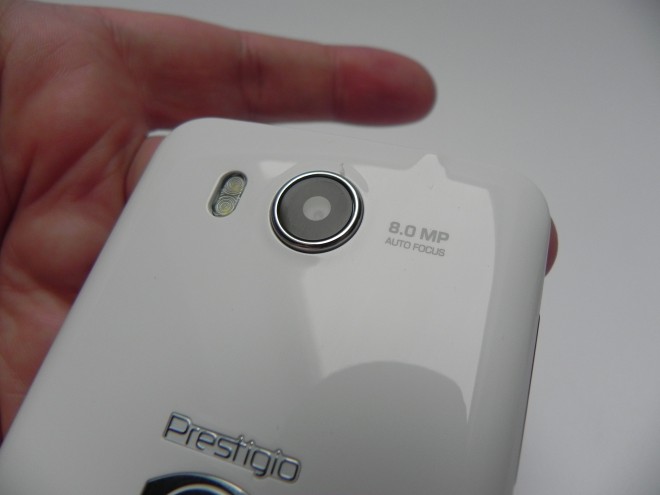 On the audio side, we’ve got good volume, decent clarity and nice bass, but there’s a slight hissing sound you may hear every once in a while. The headphones are pretty good and moving on to the screen, this 4 incher has poor viewing angles sadly, a brightness of 266 LUX units, that’s pretty good and RGB Stripe pixels. The contrast is not so good and the sunlight behaviour is not exactly top notch as well.

The display shows vivid color and frankly speaking the maximum brightness could be a bit higher. As far as the camera is concerned, what’s impressive here is the huge number of options and tweaks available. This 8 MP sensor with dual LED flash generates pictures with slightly faded colors, but the closeups are very good. 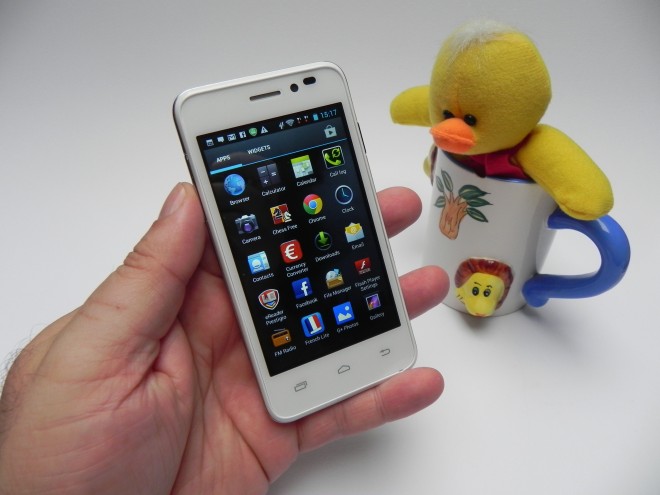 The panorama is also top notch and video is filmed in 3GP at 720p res. Recounting the number of settings and options, I found options like flash, white balance, focus, quality, exposure, scenes, color effects and face detection available. However, there are several extras here like saturation, contrast, sharpness, ISO and denoise that you won’t even find on higher end units.

Overall the camera was not so impressive, as shown by the samples, but for a price below $200 we’ll give it a pass. The OS here is Android 4.1.2 and I decided to compare the benchmark results of this model with the likes of the E-Boda V200 and V100. Why those two? Because this device fits right between them, as far as specs, priced and performance are concerned. Keep in mind that the V100 is a dual core and the V200 a quad core. 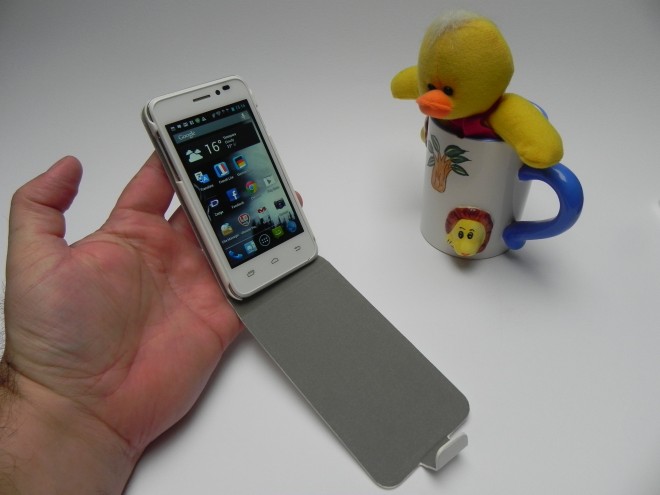 When gaming this model reached a maximum temperature of 36.5 degrees Celsius, that we can live with easily. Overall, we’re dealing with a phone that uses a stock UI, standard widgets and icons. The preinstalled apps include a Prestigio ereader, that acts as a book store as well and an installer that gives you precious apps like Mcafee and Navitel for navigation. And now for the Pros and Cons.

Prestigio Multiphone 5400 Duo gets from us an 8 out of 10 for design, also 8 for hardware and an 8 as well for OS and UI, for a final score of 8 out of 10. This makes it a solid midrange, one that doesn’t have to face lag and one that runs a few games here and there, but the Temple Run ones, not exactly the hits.