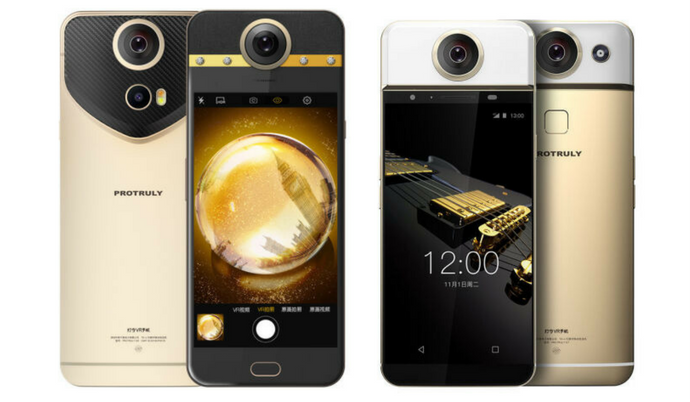 Nowadays people prefer attaching 360 degree cameras to their handsets in order to perform capture that’s good enough to enjoy on the VR headset, but there are also device makers that integrate cameras able to do that natively. One such maker is Protruly, with its Darling VR smartphones. 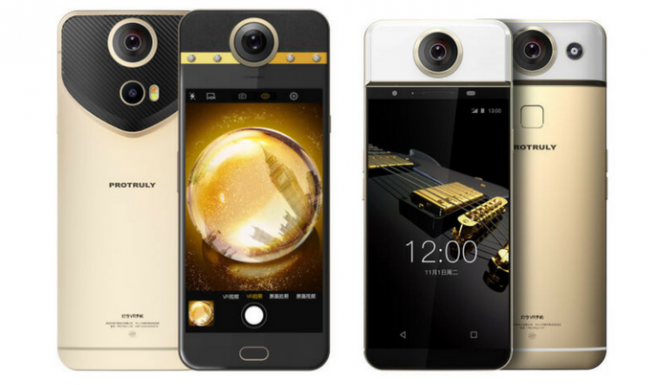 The company’s newcomers are the Darling D7 and the Darling D8, including 360 degree cameras and they became known internationally this week, even though they debuted in China last fall. Protruly Darling D8 is also a precious luxury phone, one that has 4 diamonds on its golden strip and also comes with a leather padding at the back side, in the camera area.

The 360 degree camera lets it capture video and photos in a panoramic view. It’s true that the cameras and the huge lens make the handset rather uncomfortable to carry around. It’s also more prone to damage with that prominent lens. Protruly D7 has a rear fingerprint scanner and no Home button, while the D8 has a Home button with fingerprint scanner included.

Aside from these cameras, there are two extra sensors able to perform 360 degree capture. 4K video recording is also here, plus USB type C and a generous 3560 mAh battery. The Protruly Darling D7 goes for around $720, while the Darling D8 has a $1275 price tag, being a luxury phone and all.