Forget the Samsung Galaxy S III! What you need to set your sights on right now is the Meizu MX quad core smartphone, that will come this summer with a very potent array of specs. These include 2GB of RAM, a quad core CPU and 64GB of storage. Is this the definitive smartphone or what? 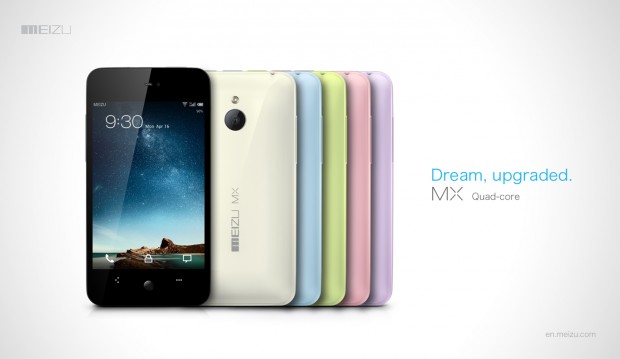 Believe it or not the Meizu MX will use a Samsung ARM-based quad core Exynos A9 processor, unbelievable as it may seem. People seem to believe that this is the same CPU that will be used on the Galaxy S III and I sure hope we’ll see the Meizu MX after the Galaxy S III, else Samsung will feel frustrated by the fact another company uses its technology and possibly sells millions of units. Meizu is saying that the smaller 32 nm architecture of the new CPU gives the new handset better battery life and greatly improved performance.

60% enhancements in processing and 50% increase in graphics are expected. The battery consumption is also reduced and on the quad core Meizu MX we’ll get a 1700 mAh battery. The device will also have a near Retina Display screen with 292 ppi performance and at the back there will be an 8 megapixel camera with backside illumination. As far as the OS goes, we’ll have Android 4.0 ICS available with the Flyme OS UI overlay on top and users will be able to choose between a 32 GB and 64 GB Meizu MX.