There’s a fresh leak from Tactus showing what seems to be the back casing of the rumored budget iPhone, that is supposed to debut this year, together with the iPhone 5S. The blog mentioned previously isn’t a very solid rumor source, so take this with a grain of salt. 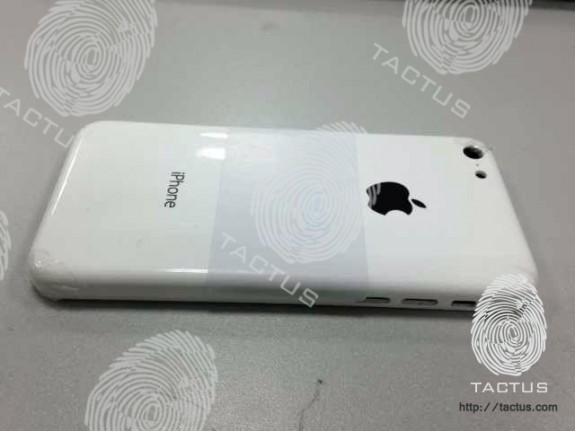 The device uses a polycarbonate back instead of metal/glass and keeps the iPhone alure. To me it seems like one of those clones made in China and I guess that Apple will want to avoid that image. The leaked back case may remind you of the iPhone 4S, but one of made of polycarbonate and a big wider and taller than the handset. The extra bulk has to do with the polycarbonate design, that makes the handset cheaper to produce.

Rumors say that this model will pack a 3.5 inch Retina Display, the same Apple A5 CPU as the iPad Mini (32 nm diecast) and a 5 megapixel rear camera like the iPhone 4 and new iPod Touch. Tactus claims that the product will arrive in 5 colors: white, black, blue, red and yellow, that sound pretty much like ones used by Nokia for its Lumias. So, what do you think? Real or fake?