Samsung Galaxy S4 has been unveiled in a new La Fleur red edition and this comes a month after this exact same unit was launched in Germany. The device has the same flowery pattern typical to a La Fleur model and obviously you may consider this as a gift for Valentine’s Day. 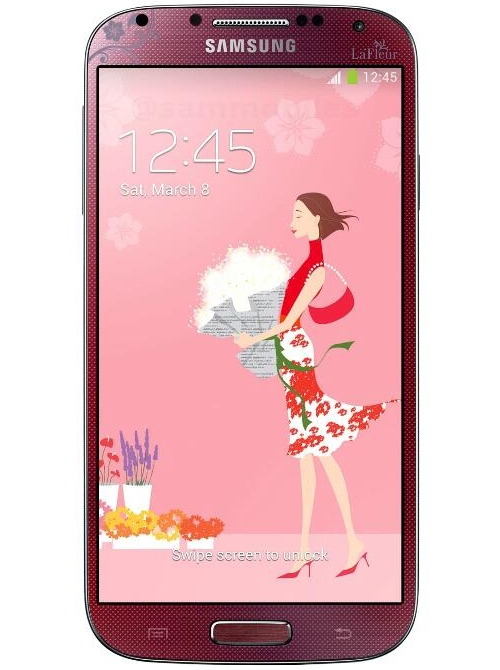 The released of the product could come before V Day, although this has yet to be confirmed. Samsung usually debuts La Fleur phones in Europe or Asia, so that’s where we should expect the phone to come. The features of the device stay unchanged, including the 5 inch Super AMOLED Full HD screen, 13 megapixel camera with LED flash and Exynos 5 Octa processor.

There’s also 2 GB of RAM, a 2600 mAh battery on board and I wonder if this model comes with Android 4.2, Android 4.3 or maybe even KitKat. By the way you should keep an eye out for La Fleur editions of the Galaxy Trend, Galaxy Core, Galaxy S III Mini and Galaxy Fame Lite. 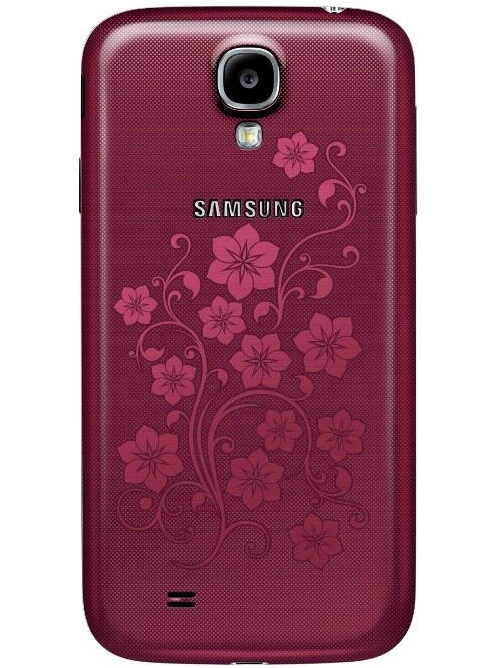