Apple pulled a dirty move on Friday, when they publicly announced that the iPhone 4 is not the only phone with signal and antenna issues. Among the brands they mentioned with such issues, there were HTC, Samsung and RIM. The latter quickly replied, through its co-CEOs, Mike Lazaridis and Jim Balsillie. 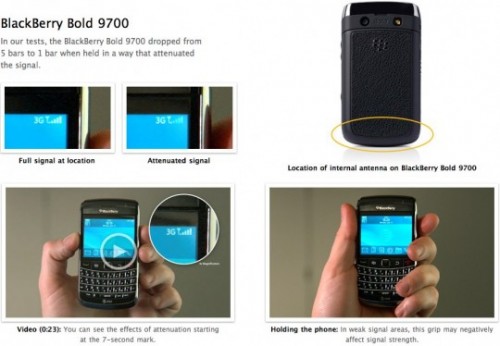 The two claim that Apple wants to distort the public’s understanding regarding what the antenna design issue means. They also call this deflecting the attention from Apple’s problems and RIM also reminds everyone that they’re a global leader in antenna design, with “efficient and effective radio performance”.

In the end of the reply, Lazaridis and Balsillie reminded everyone that BlackBerry uses at least don’t need bumper cases to make their handsets work properly. Apple recently posted an antenna-related page, in which it uses the BlackBerry Bold 9700 as an example on how holding a phone the wrong way can decrease its signal.