Now that the main highlights of the MWC 2013 have surfaced, it is time to move on to another highly expected devices, Samsung´s flagship for this year. Recent analyses states that the korean manufacturer provides one of three Android devices across the globe and this year the number could go even higher. 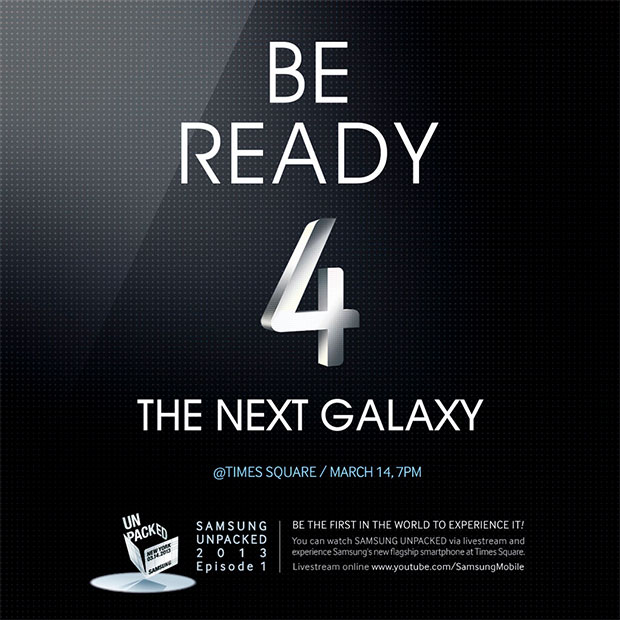 Samsung has officially announced, though sources managed to inform us even before its announcement, that the next flagship Galaxy smartphone will be unveiled this year in March. So far we have no idea how Samsung will manage to get ahead of its competition, most of witch have already launched their top devices. What we can expect is a new design, 1080p display or higher and new software features. There is also a possibility that Samsung will integrate a very high-quality camera, while struggling against the likes of HTC.

One of the best smartphones designs for last year was that of the LG branded Google Nexus 4. The device is covered with glass and on the back, when the light reaches a certain angle, a dotted design makes its appearance. Now it looks like Samsung may be adopting the style for the Galaxy S IV. This supposition comes from the way the official invite was designed, as you can see above. Still, it could be something completely different so don´t get your hopes up just yet.