With Apple’s latest iPhone announced and its revolutionary Retina display unveiled, we can’t help but wonder if it’s better than Samsung’s AMOLED screens or not. While Samsung is launching Super AMOLED handsets already, the iPhone 4 should prove to be a decent rival, as its display supports a resolution of 960 x 640, the highest on a smartphone ever. 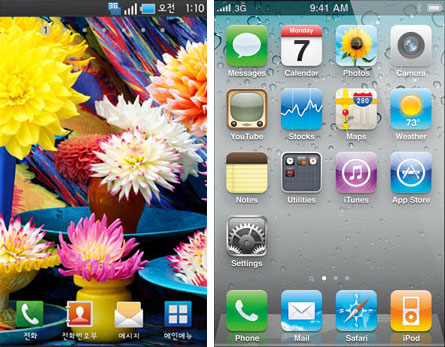 Samsung Mobile Display claims that the difference between the two technologies is quite small, specially as far as visibility is concerned (3% to 5% difference). However, raising a resolution to that level increases battery consumption by 30%, according to Samsung. Retina Display is based on the IPS technology, an LCD with a viewing angle of 80%.

In the meantime, AMOLED displays can only reach 800 x 480 resolutions, they provide a free viewing angle and don’t require backlight. Which one do you think will win the battle? We guess it’s the direct sunlight use that will decide…