Samsung is readying yet another duo of TouchWiz handsets, ready to debut on AT&T on November 8th: the Mythic and Flight models. The first handset is strictly based on TouchWiz core, no other OS involved and it comes with a 3.3 inch touchscreen display and a 3.2 megapixel camera. 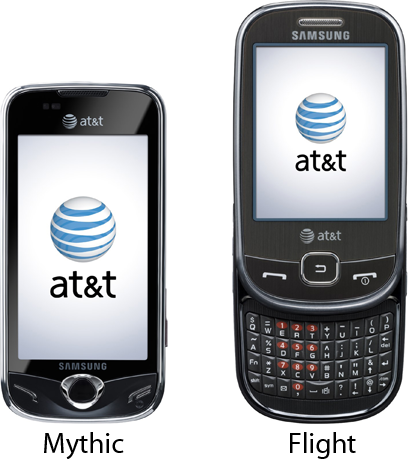