Yesterday HTC won one of the prizes offered by the Mobile Industry Awards, an UK entity that handles such things and they took to Twitter to brag about the achievement. HTC UK posted on Twitter the fact that the HTC One won the “Hottest phone of 2013” award, while also quoting the Samsung Mobile UK account. 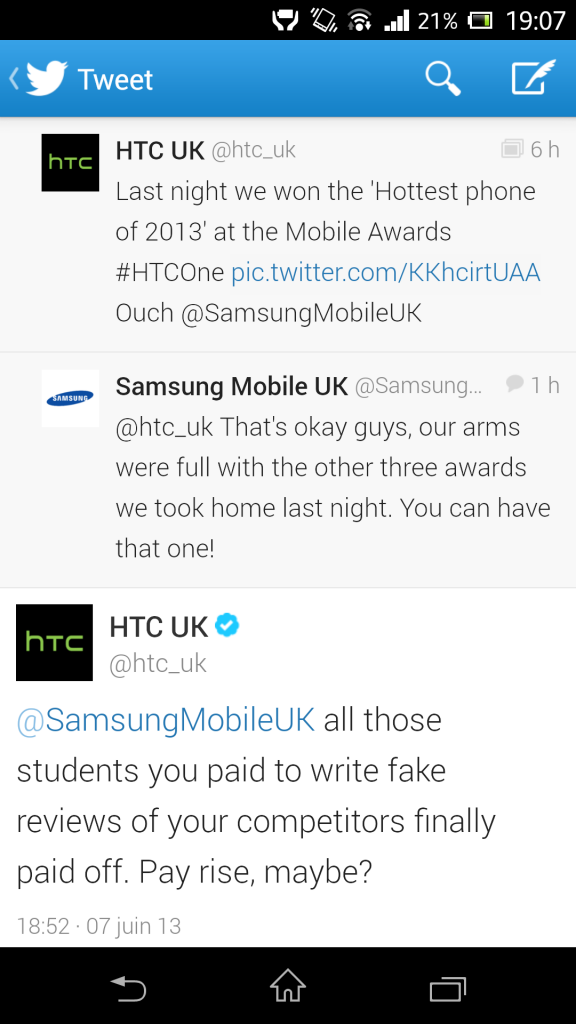 Samsung UK quickly replied, by saying that their arms were so full of awards (3 of them), that they let HTC have that one. And then HTC UK got serious and replied, reminding Samsung of the students paid to write fake reviews of the competition. They also asked for a pay raise for those students.

Finally, LG UK got into the argument and tried to calm things down by posting a meme and a link to the Nexus 4 page as the “Best of Google”. Expect more such duels as HTC One and the Galaxy S4 continue to sell millions of units and stir the passions of many. 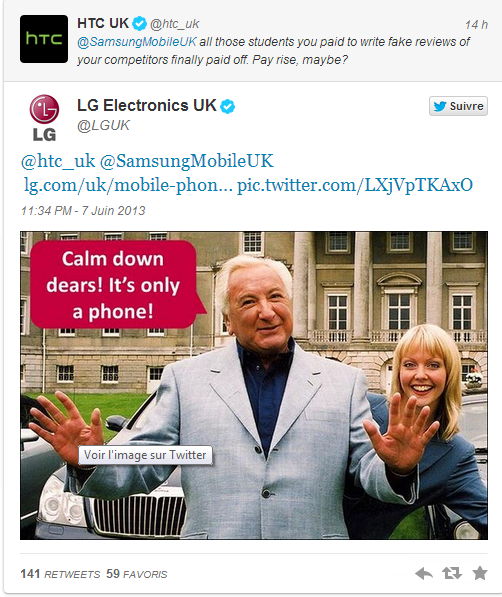