Samsung B3310 has got to be one of the strangest phones we’ve seen in a while, not necessarily because it’s pink, but rather due to its strange keyboard(s). You can notice that aside from the sliding QWERTY keyboard, there’s also a numeric one on the left of the handset’s front side. Bizarre, right? 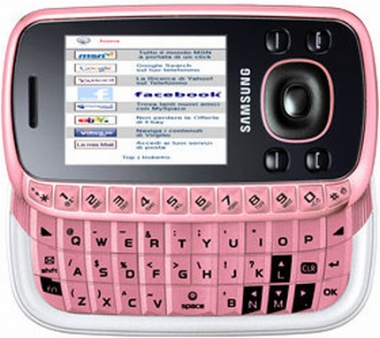 The phone was just leaked by Mobiles.co.uk and you might have already guessed that it’s an entry level messaging handset with support for Facebook, Flickr and Myspace out of the box. No info on the price just yet, but you should expect the device to drop in mid-September if all goes well.