After the official announcement of Galaxy Pro yesterday, it’s the turn of a new Corby model to shine. Leaked a while ago as Corby II (GT-S3850), the handset pictured below is now official and will join the colourful series of Samsung handsets. 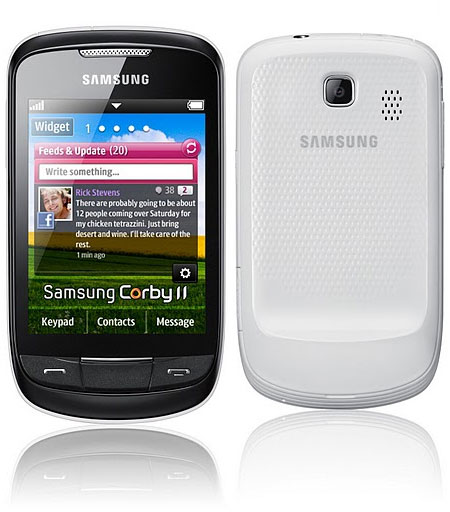 The handset also integrates a T9 QuickType keyboard and we found out that Corby II will be available in white, pink and yellow. It’ll come in late March in Germany and other European countries, plus Asia, India, China, Africa and many more areas. 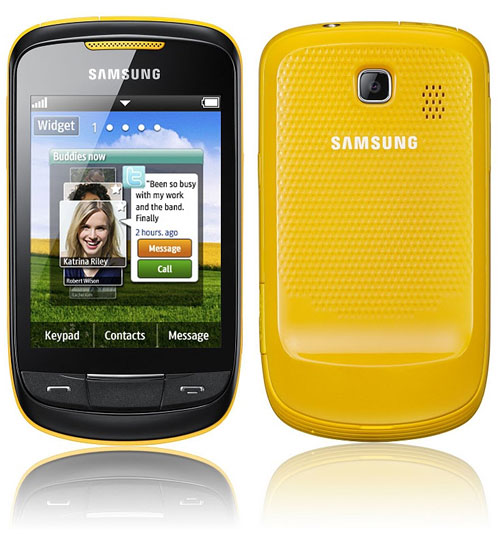 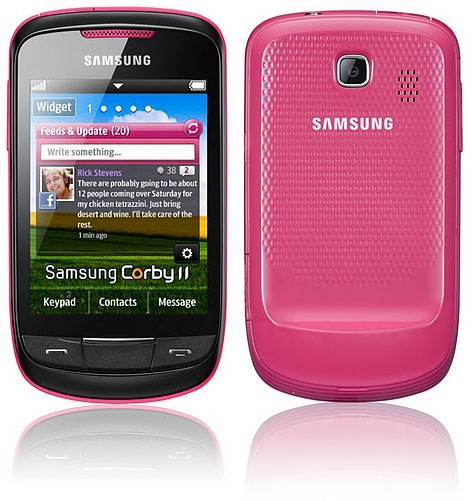