Samsung Corby is turning into a series of phones, just like Omnia and there’s a new model in the growing family, the Corby Pop. The handset should cost less than the very fist Corby and it’ll feature a 1.3 megapixel camera, 22MB of internal memory, FM radio and a battery that lasts 8 hours (talk mode). 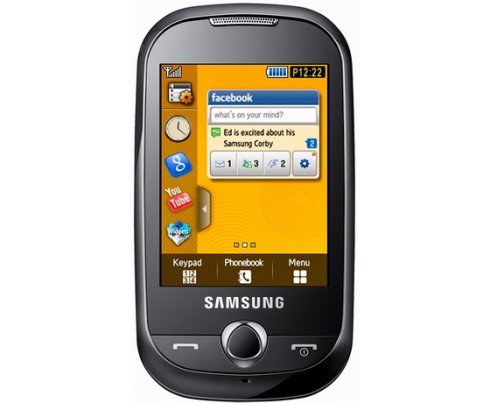 Corby Pop also packs a touchscreen display (most likely QVGA), support for social networking sites and apps like Palringo IM. Expect the device to be available in India first, with a retail price of $150.