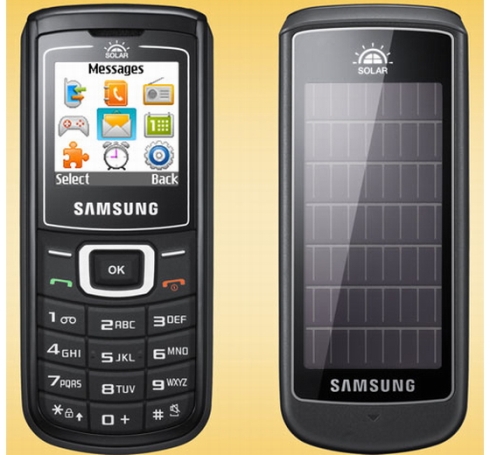 This is a low-end candybar, meant for emerging markets and packing a 800 mAh battery that can be charged in the standard way, but also via the back side solar panel. Samsung claims that 1 hour in the sun provides 5 to 10 minutes of talk time.

As far as design is concerned, Samsung E1107 Crest Solar resembles the E1100 handset and moving on to the specs list, we learn that this phone supports dual band GSM connectivity (900/1800 MHz) and packs a 1.52 inch CSTN display (128 x 128 pixels), plus FM radio. MP3 ringtones are also supported and the handset incorporates a flashlight and a mobile tracker.

Expect it to be available this month, in Southeast and Southwest Asia, Europe and Latin America.