Although the Samsung F400 handset, Helio’s version got cancelled at some point, it has just surfaced on the web, in the form of a batch of pictures that make the device look quite attractive. This phone was announced long before Virgin had acquired Helio and it was sort of a sensation, with its dual sliding design, numeric pad and dual speakers. 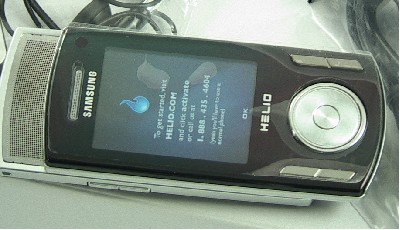 In case you’ve been wondering what Helio’s been up to lately, they’ve pushed Ocean 2 to a January 2009 launch, as for the F400 (also known as SPH-A533), it’s still cancelled and looking like a dead project.