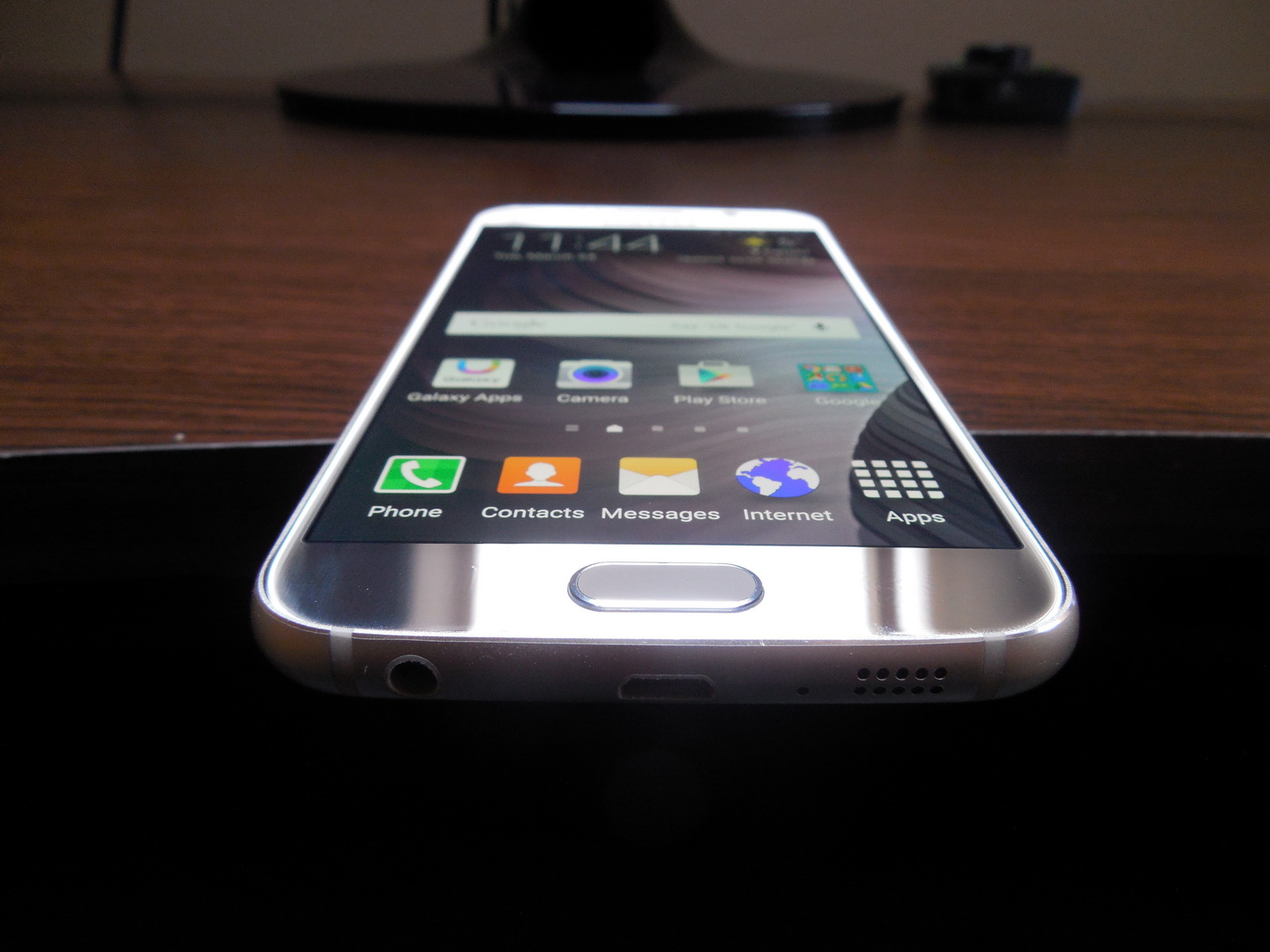 It’s no secret I’ve been playing with the Samsung Galaxy S6 for the past 3 or 4 days, as you can well see on our YouTube channel. Well, it’s time to draw the conclusions and see what the Samsung flagship of 2015 is all about. Don’t expect specs here, but rather personal impressions, core feedback about the experience with the handset. 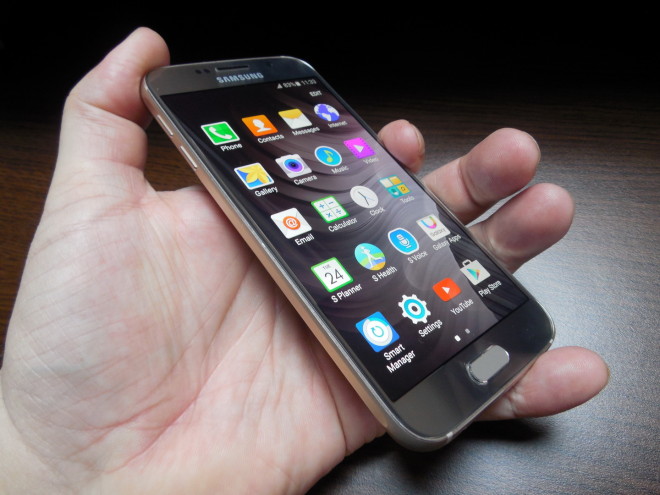 First of all, yes, this is a reinvention in both style and materials. Gone is the plastic, that made so many people call Samsung’s phones “toys”. Well, they’re going with metal and glass this time, a dual glass approach actually, one that works better than Sony’s. Samsung’s combo of metal and glass feels organic and well put together and much more solid than 99% of all glass back phones I’ve touched.

Somehow, they made the glass feel like tough plastic and the metal feel like… a comfy material. The edges don’t cut into your palm and the device is perfectly compact and easy to use with a single hand. It’s also not slippery, which is a pleasant surprise for a phone with so much glass on the front and back. Still, the gold version we tested did have a penchant for getting dirty with grease and fingerprints at the back. 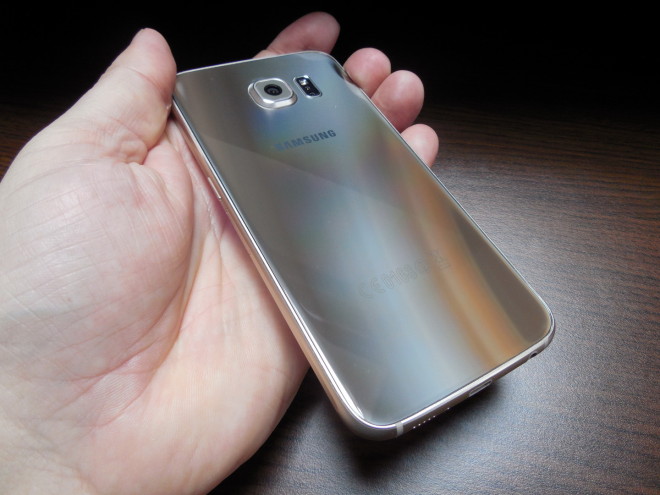 The Samsung Galaxy S6 is certainly a powerhouse, since the benchmark results compared to the ones of the Galaxy S5 show a huge difference. It’s also spotted in the little things, like opening the Pop Up Play option, rendering a 4K video or editing pics. Everything opens up instantly, maybe aside from the Flipboard homescreen. The new TouchWiz is now fluid, finally, so gone is the lag of the old days.

The display offered here is crisp and bright and its colors and contrast have no equal. The images are more realistic and pragmatic than the embelished screens of the iPhones. The brightness is still a tad lower than the one of the iPhone 6 Plus and Galaxy Note 4, that were a bit overkill in the LUX area. The acoustics are very solid here, close to the range of 90 dBA and while they may not be BoomSound material, all the notes are pitch perfect, bass is good and the volume is high. 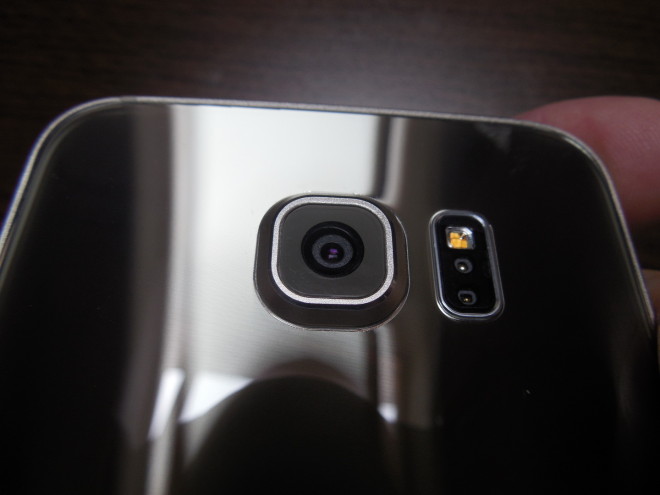 The new headphones are good, loud, have good bass and they’re moderately comfy, mostly because they go too deep in the ear. The device’s battery is a bit of a letdown, but only if you’re a stickler for details. It goes get past the 9 hours of video playback mark, but in a world where the iPhone 6 offers 11 hours and 30 minutes and Galaxy S5 offered 11, we kind of want more.

The camera is possibly the best thing you get on the Galaxy S6. On paper it uses the same sensor as the Note 4, but the results are spectacular. Some of the shots, like the macros and some early night time captures are on the DSLR levels and that’s what the public is saying, not necessarily us. It’s basically hard to get a shot wrong with this model, since focus is perfect and you’ll even take great shots with the sun in front of you. 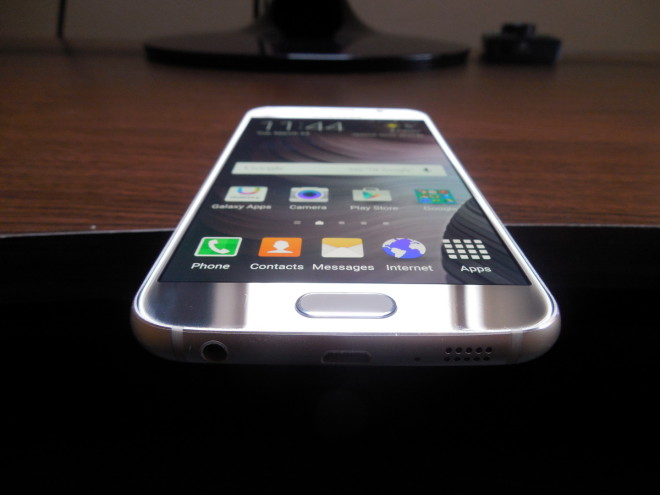 Colors area realistic, texture of objects is amazing and details have never been so high. Never have I played with 8X zoom so much, only to be satisfied with the OK quality of details even then. The camera UI finally makes sense and it’s not a crowded mess like it was before. Options are less now, but better organized. Samsung finally added a Pro mode, with extra options, but not too many, just right.

You can still refocus, play with slow or fast motion and film in both Quad HD or 4K. The selfie part is also covered with a F/1.9 aperture 5 MP camera, that takes excellent selfies, wide selfies, crisp and clear shots, very well lit and even the backgrounds are nice. Night time selfies are possible, indoor shots look great and the front camera can even film in Quad HD. 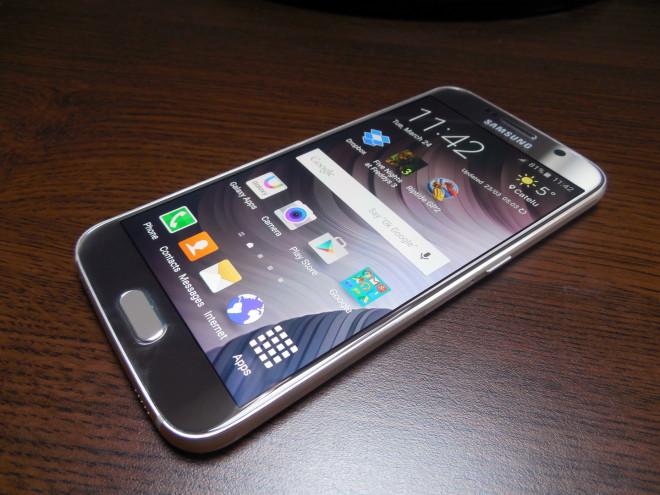 As far as software goes, this TouchWiz is light on gloss and colors, there are icon and widget changes and a lot of text to replace pictograms. For example the camera UI is filled with white text, while the S Health and Music player have received new UIs and icons. They’re based on round knobs for viewing info of tweaking the experience. The S Planner is now totally Material Design-influenced, we’ve got a unified Quick Settings and Notification area, plus a Carousel for multitasking.

Samsung was even careful enough to throw in a memory, battery manager app, that takes care of the device functioning and even included some Microsoft apps, but didn’t load up the phone with bloatware. The device doesn’t overheat and if you’re really looking for stuff lacking from the Galaxy S5, well, the battery is non removable, there’s no waterproofing and there’s no microSD card slot. 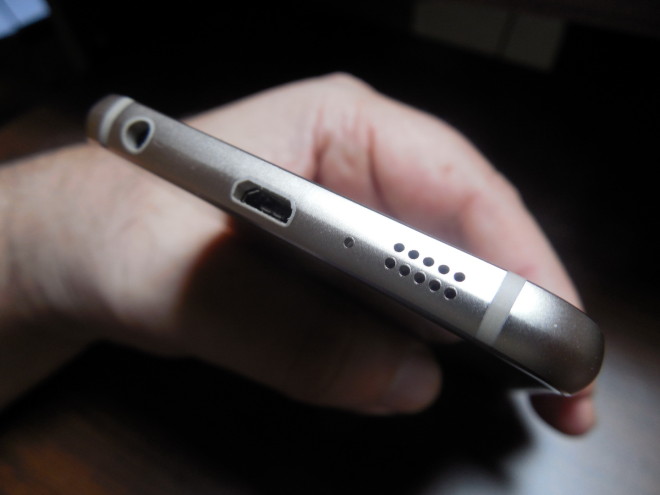 We do start off at 32 GB of storage and the lack of bloatware leaves a ton of room to play with. Samsung Galaxy S6 is an evolution in all the ways imaginable from the predecessor and its sacrifices aren’t big enough to be turn offs for potential buyers. In the end it all comes down to that pleasant feeling that you palm has when holding the device. You know those guys who felt the iPhone 6 4.7 incher needed that extra 0.3 inches to fit your hand perfectly? 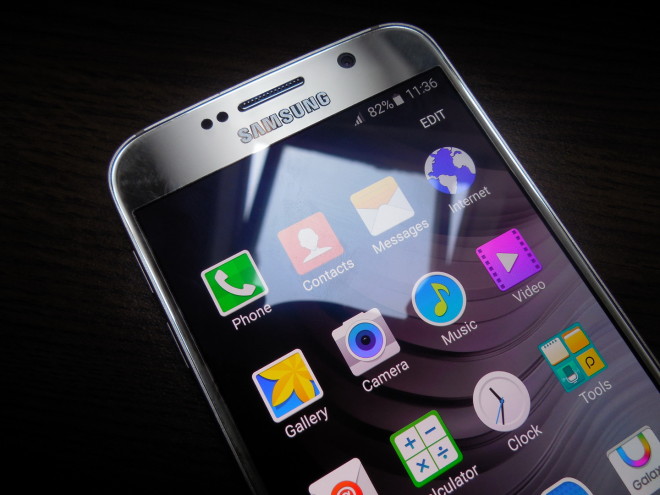 Samsung adds those 0.3 inches and more and ups the stake in the camera area, both at the front and back, plus it included a very, very powerful CPU and good acoustics and display. Does the bottom and top of the phone look like an iPhone 6? Yes, but what phone with a narrow metal frame, rounded corners and lower part USB port and speaker doesn’t look the same?

Samsung Galaxy S6 finally ends the “cheap plastic” discussion, gives us a perfect camera and acoustics and a display with perfect colors. Aside from the battery (that by the way only takes 1 hour and 10 minutes to charge), I’d say this is the perfect package right now in 2015. And we only tested the pre release version… that feels like a solid 9.2 to 9.4, but we’ll wait for the final version for a grade.