Home Android Samsung Galaxy A3 Pops Up In Benchmark Database 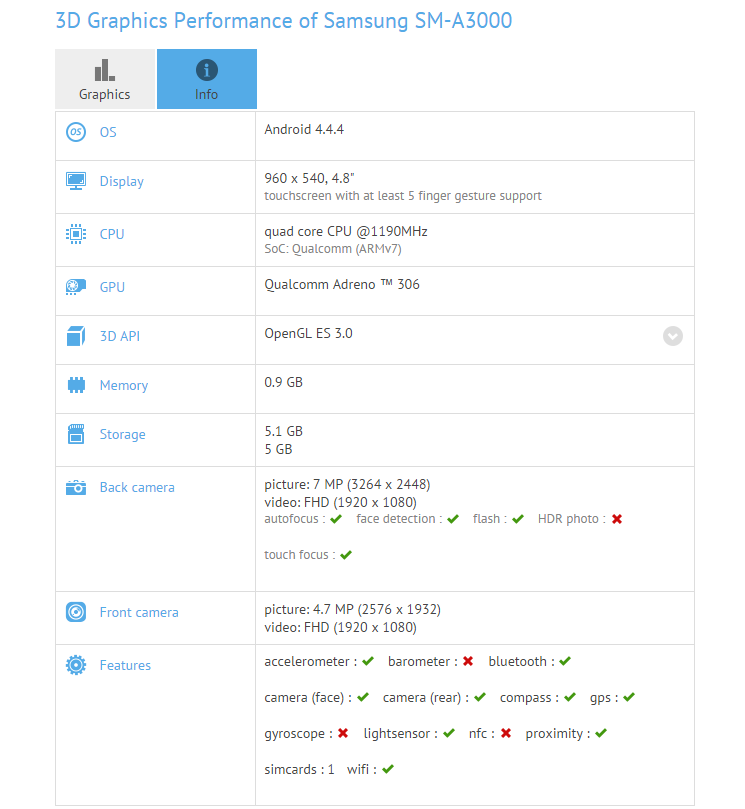 Samsung Galaxy A3 has been leaked today via GFXBench, where it also goes by the codename SM-A3000. The Galaxy A series has been in the news a lot lately, especially with the Galaxy A5 model leaking out, with a pretty appealing design, that reminds us of the Galaxy Alpha. 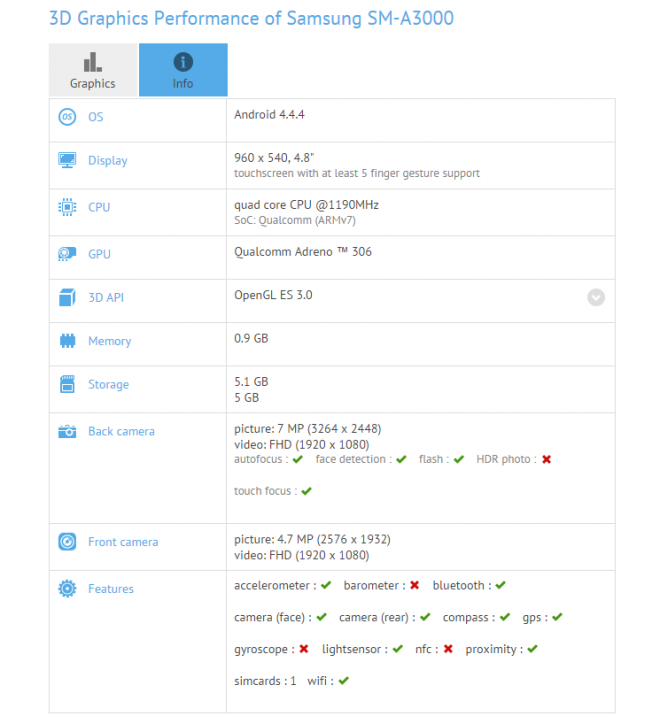 The Galaxy A3 has modest specs, that include a 4.8 inch display with a 960 x 540 pixel resolution, a quad core Snapdragon 410 processor clocked at 1.2 GHz and 1 GB of RAM. There’s 5 GB of storage inside (probably 8 GB in fact), a microSD card slot and an 8 megapixel back shooter with the ability to capture Full HD video. Upfront there’s a 5 MP selfie camera, also able to film in 1080p.

For some reason, HDR photography is not offered on those cameras. The newcomer has an accelerometer, Bluetooth, compass, GPS, proximity sensor and one SIM card. It doesn’t have a gyroscope or NFC, or at least they’re excluded from the benchmark. The OS here is Android 4.4.4 and this model may well be released with the Galaxy A5.