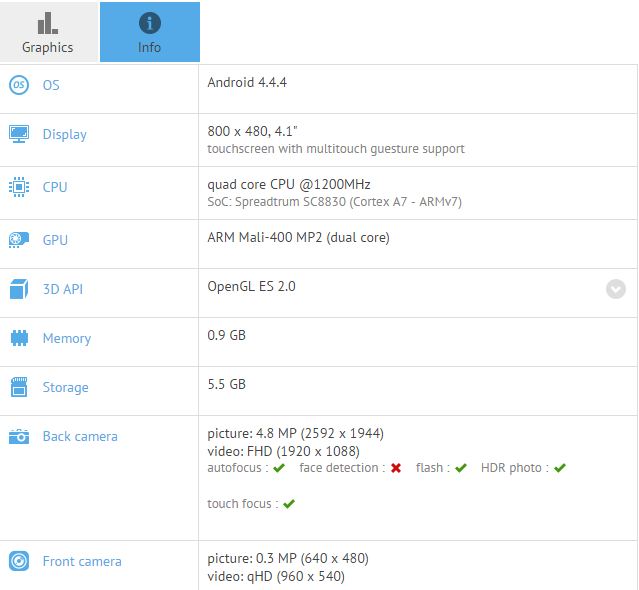 There have been multiple sightings of the Samsung SM-G360H handset, that was spotted initially on the Bluetooth SIG database, then on the Zauba.com listings. It’s supposed to be a dual SIM android handset that hasn’t been announced yet.

Specs are modest and this one is a 4.5 incher. Then the UA Profile for the same newcomer leaked and we know it comes with a 480 x 800 pixel resolution and runs Android 4.4.4 KitKat. GFXBench has made all the specs leak out, although some of them may not be final, since this is a prototype. For example, we get a quad core Spreadtrum SC8830 processor, clocked at 1.2 GHz, an ARM Mali 400 MP2 dual core GPU, 1 GB of RAM and 5 GB of storage.

There’s a 5 MP back camera included and the device could have some changed specs in the final version, like 16 GB of storage. Samsung SM-G360AZ is the single SIM version of the model, headed to the US prepaid carrier AIO Wireless. In the meantime, Samsung is expected to launch the product in Q4 2014.