First all all, this was an atypical unboxing, since we had already played with a device a bit, so there was no need to perform the initial setup on camera. It’s a rather large device if you look at the diagonal, which is even bigger than the OnePlus 7 Pro one. However, the device is rather easy to wield, because it’s light. It weighs 183 grams and measures 7.9 mm in thickness. 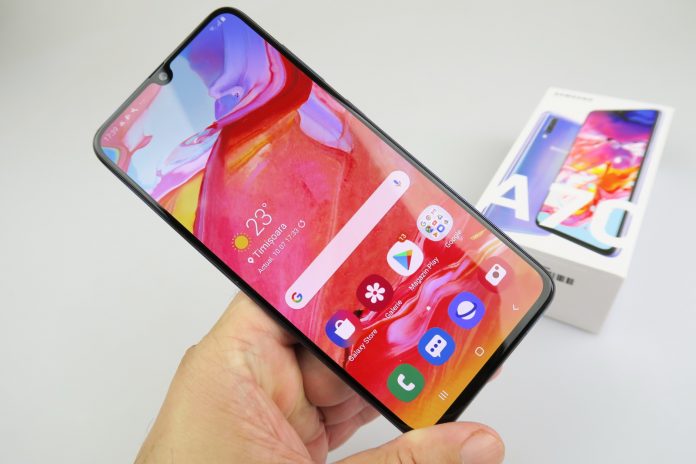 Galaxy A70 has a back covered with 3D Glasstic, a fancy way of saying plastic that’s shaped to look like glass. It actually feels like glass at times, but the frame is clearly all plastic here. Inside the box we find an USB Type-C to USB Type-C cable, a pair of headphones that feel like the older gen Galaxy As, a charger with Fast Charge and a manual, plus warranty. There’s also a metal key used to access the slots, which by the way are separate this time: two nano SIM ones and a microSD. 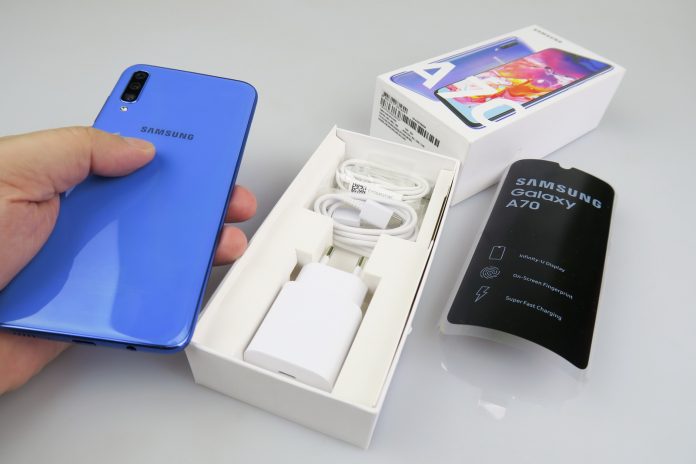 The handset comes with a 6.7 inch screen, of the Super AMOLED variety and also provides a 2400 x 1800 pixel resolution. Inside we find the same Snapdragon 675 CPU that powers the Xiaomi Redmi Note 7 Pro, plus 6 GB of RAM and 128 GB of storage, as well as a microSD card slot. A 4500 mAh battery keeps the lights on and I can already tease you with a fantastic battery life, after having done a few tests. 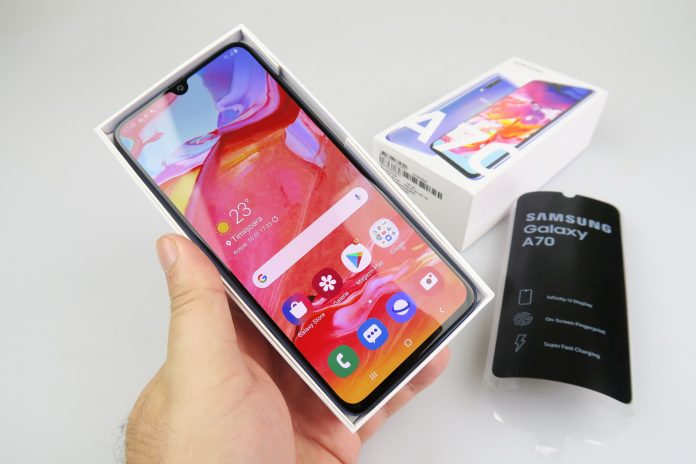 There’s also an in-display fingerprint scanner, by the way and you probably already noticed the notch at the top, that draws the “Infinity U” name. That notch hides a 32 megapixel selfie camera, while at the back we find a triple setup:

This setup does 4K video capture and also Full HD at 60 FPS. The phone itself runs on Android Pie with One UI and also has 4G LTE, ANT+, WiFi Dual Band, USB Type-C, an audio jack and NFC. We have the blue version, but the A70 also comes in black, white or Coral. It feels pretty cheap and plasticky, I’ll admit that, but also rather comfy for a 6.7 incher and light. 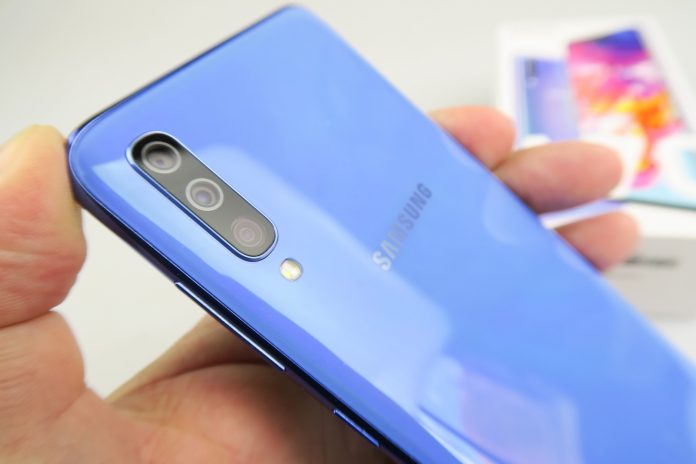 It’s a great device for watching video and playing games and the camera is a bump up from the Galaxy A50, which had some compromises. The battery is stellar and I can already tell you that since the A50 was better than the P30 Lite, this one may pre empt a Mate 30 Lite purchase. It definitely kills a bit of the Redmi Note 7 Pro desire…

You can buy it here.