Samsung Galaxy A8 (2018) was unveiled a bunch of weeks ago and it started hitting a lot of shops in a lot of countries over the past week or so. We got our hands on an unit and the hands on video below resulted. This preview proved to us that the newcomer is both hotter and less impressive than expected.

Priced at around $550, this phone adopts an 18.5:9 Infinity Display and gives up on the Home button. It moves the fingerprint scanner at the back and in more ways than one it could be seen as a Samsung Galaxy S8 Mini. It has a 5.6 inch diagonal and an atypical 2220 x 1080 pixel resolution on a Super AMOLED panel. Somehow I felt that the bezel or maybe the device’s edges are a bit bigger than expected. 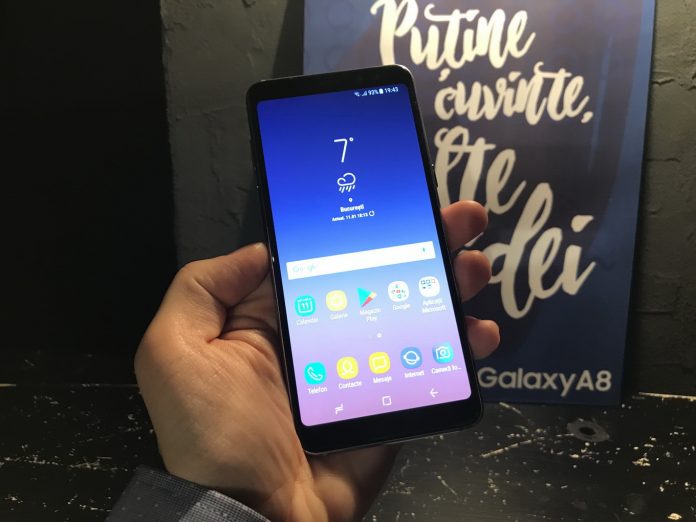 It may be that the frame is beefy or something like that. It’s also a pretty thick phone, at 8.4 mm and it weighs over 170 grams. The best thing about the design is probably the CD-like reflection of the back side glass, especially in the Orchid Gray version. Other than that, color me not impressed… 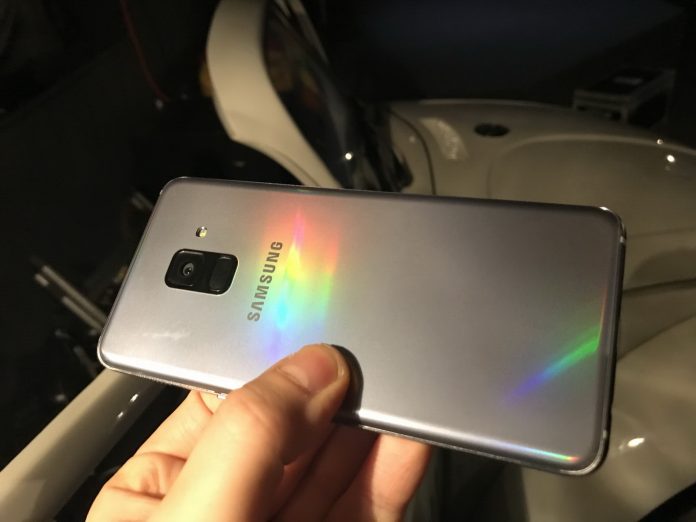 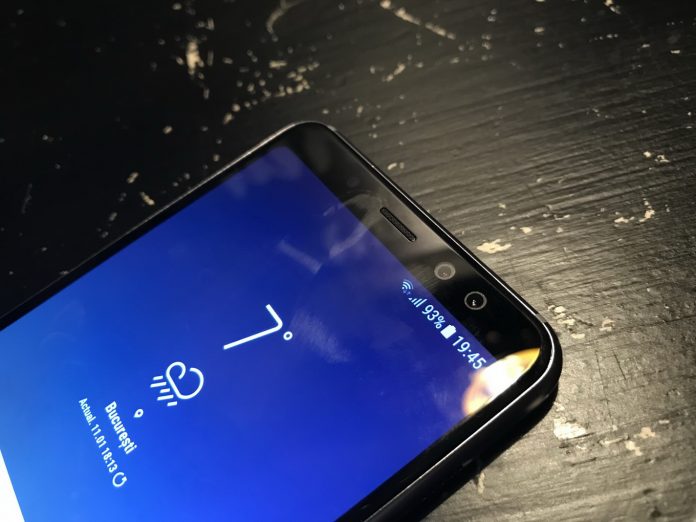 There’s an Exynos 7885 CPU where there was an Exynos 7880 last year and at the back there’s still a 16 MP camera without OIS. Weirdly the A5 (2016) had OIS… Still, the kicker remains the dual camera front setup, for selfies. It’s a combo of 16 MP and 8 MP, with Bokeh abilities. I feel that the dual camera doesn’t work as good in lower light conditions and since the room from the phone launch I attended was poorly light, I wasn’t impressed by the Bokeh selfies.

Get some light in and yes, the face does pop out compared to the blurry background. But to demand $550 for that? I feel that the Nokia 8 is a much better deal for that sum… Also, the Galaxy S8 will cost that much in a few months, so I think that this Galaxy A8 (2018) may just be a dropped ball for Sammy. By the way check out the AnTuTu benchmark we did, which has a 3D sub test inferior to the Galaxy A5 (2017).