MWC 2012 is here folks and with it come the first official unveilings from companies such as Samsung, that announced the Galaxy Beam handset, with a pico projector inside. The handset can be seen below and that light bulb thingy at the top is the projector I mentioned. As shown by the official press release, this is a mid range Android handset with a 1GHz dual core processor. 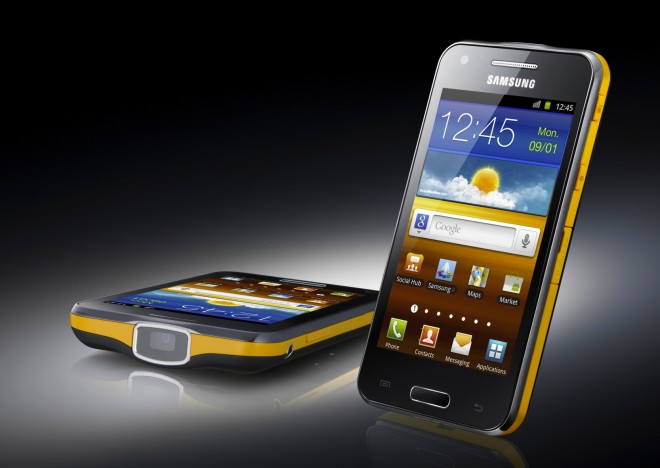 Android 2.3 Gingerbread is the OS of choice here and we also get a 4 inch Super AMOLED display, a 12.5mm thick case and a 2000mAh battery, that should juice up the projector. The latter is a 15 lumens unit and Samsung promises that it can project an image that’s about 50 inches in size. No info on pricing or launch date, but the following days of MWC might give us that. Other feats include a 5MP camera at the back with autofocus, a 1.3 megapixel camera at the front, Bluetooth 3.0, 8GB of internal memory and a microSD card slot.

I guess there must be a mistake on the official Samsung website, since it says that this phone comes with 6GB of RAM, which is not quite possible at the moment. Check out the source link if you don’t believe me… Well, I’m really curious to see how the projector on this phone is doing, so I’ll be on the MWC 2012 floor giving you a hands on video ASAP. 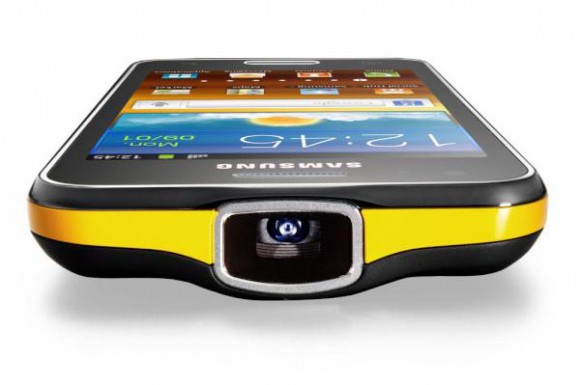