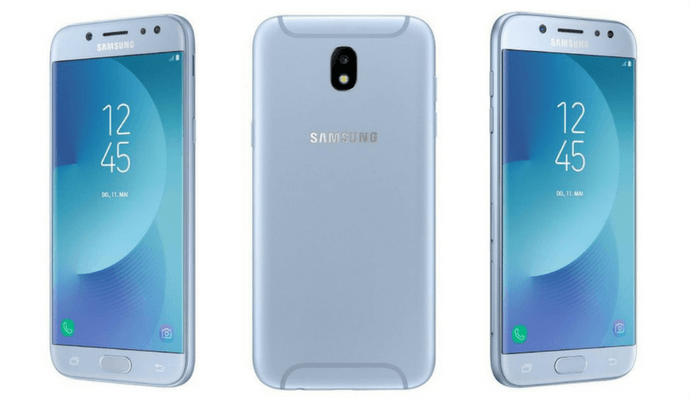 One of Samsung’s best selling phones last year was the Galaxy J5 (2016) and it’s obvious that everybody is excited about the Samsung Galaxy J5 (2017). That device is now up for preorder and it features an AMOLED screen and two 13 MP cameras. 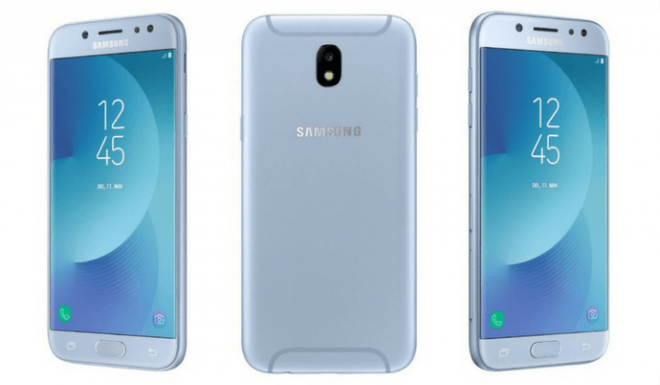 The design pictured above was revealed recently by Evan Blass and reminds me a bit of that older leak of a HTC Vive phone. What’s certain is that the antenna lines are totally atypical. The preorder mentioned above went live in Germany and the product is listed with a 279 euro price tag, which converts to about $315. Available in black, gold and blue, the handset has a vertical camera module, that holds the lens and LED flash.

A 2.5D curved glass panel is shown upfront. A Home button with fingerprint scanner is also here and sources mention a metal unibody approach, plus a 5.2 inch AMOLED screen, with HD resolution. Inside the smartphone there’s an octa core Exynos 7870 processor, 2 GB of RAM and 16 GB of storage, plus microSD card slot. We’ve got Android 7.0 Nougat here, a bit of a shocker, considering the Galaxy A5 and A3 2017 run on Marshmallow.