After a period of rumors, the Samsung Galaxy Music has become official, being announced by Samsung. This music phone has the potential of becoming big, especially since the music handset segment has been quiet for a while now, lacking the fame of the good old days of the Nokia XpressMusic and Sony Walkman. The Galaxy Music runs Android 4.0 ICS and packs a powerful CPU. 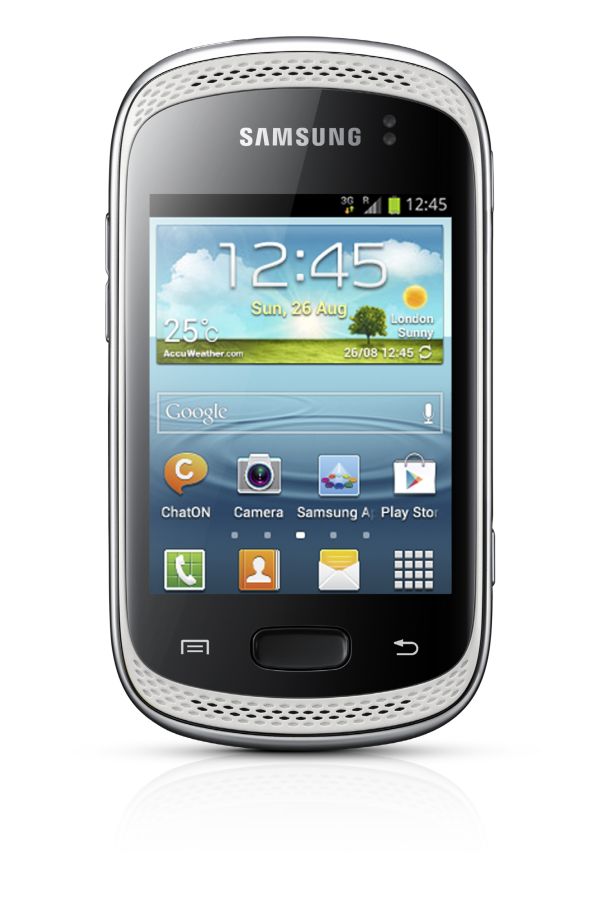 The handset incorporates dual frontal stereo speakers, FM radio and advanced audio features like Sound Alive and SRS. Other features include HSDPA connectivity, a 3 inch QVGA TFT display and a 3 megapixel camera without flash and fixed focus. Strangely enough Samsung also lists a WVGA projector (9 lumen and 1 W) on the specs list of the phone, although on the official pics the projector is nowhere to be found. The device comes with Samsung TouchWiz, Samsung Apps, Samsung Music Hub and Game Hub Lite.

It has GPS, Glonass, a built in FM antenna, smart volume and Bluetooth 3.0. WiFi and 4 GB of user memory are available as well on the specs list, plus 512 MB of RAM, a microSD card slot and a standard Li-Ion 1300 mAh battery. The phone measures 12.25 mm in thickness, weighs 106.9 grams and we have no idea when it will launch or what the price will be. Galaxy Music will also come in a dual SIM version called Galaxy Music Duos. 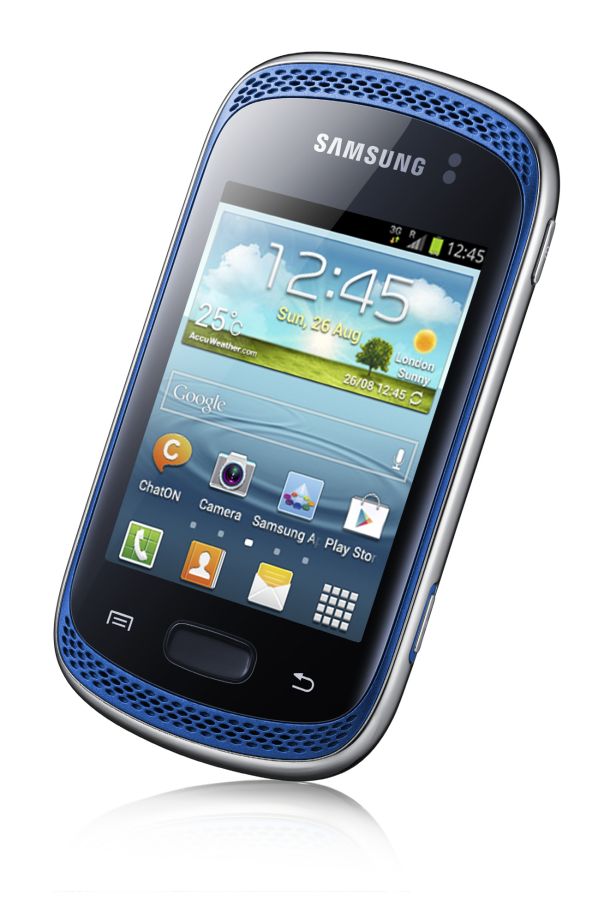 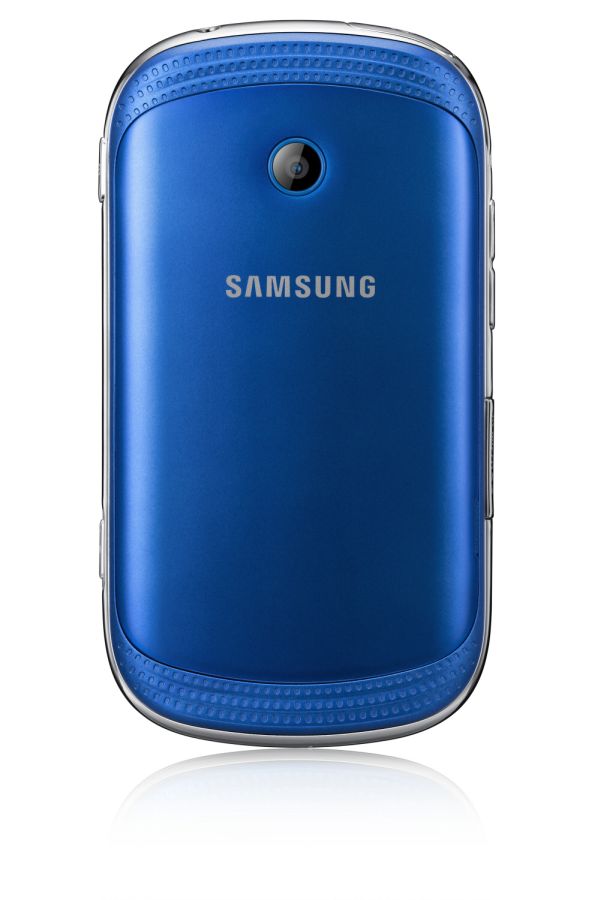