After we previously had the opportunity to take a look on a video showing Samsung Galaxy S4 running Android 5.0 Lollipop, today another Samsung device gets the same treatment from the guys at sammobile.com. They’re showing now a Android 5.0 build for the Samsung Galaxy Note 3 phablet. 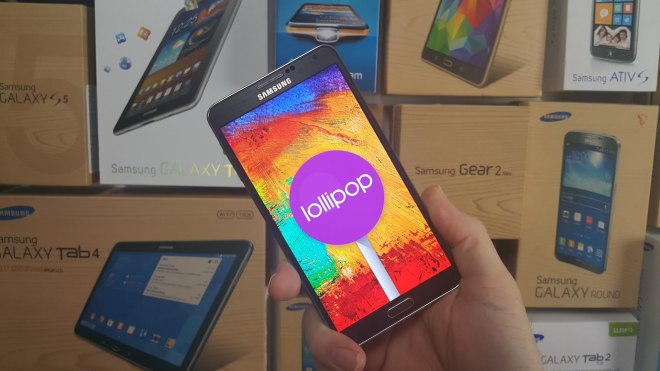 As we can see, this Android 5.0 build is similar to the previous ones seen on other Samsung phones, the big changes at the interface being found in the Settings menu, during the launch of Multi Window and on the Multi tasking system that let us close the apps showed up as cards with a simple swipe.

Even if the new Android 5.0 Lollipop isn’t available for the moment on Samsung smartphones, we expect that the first wave of updates to begin starting December, followed by the Samsung Galaxy Note 3 phablet that will get the new version in early 2015.