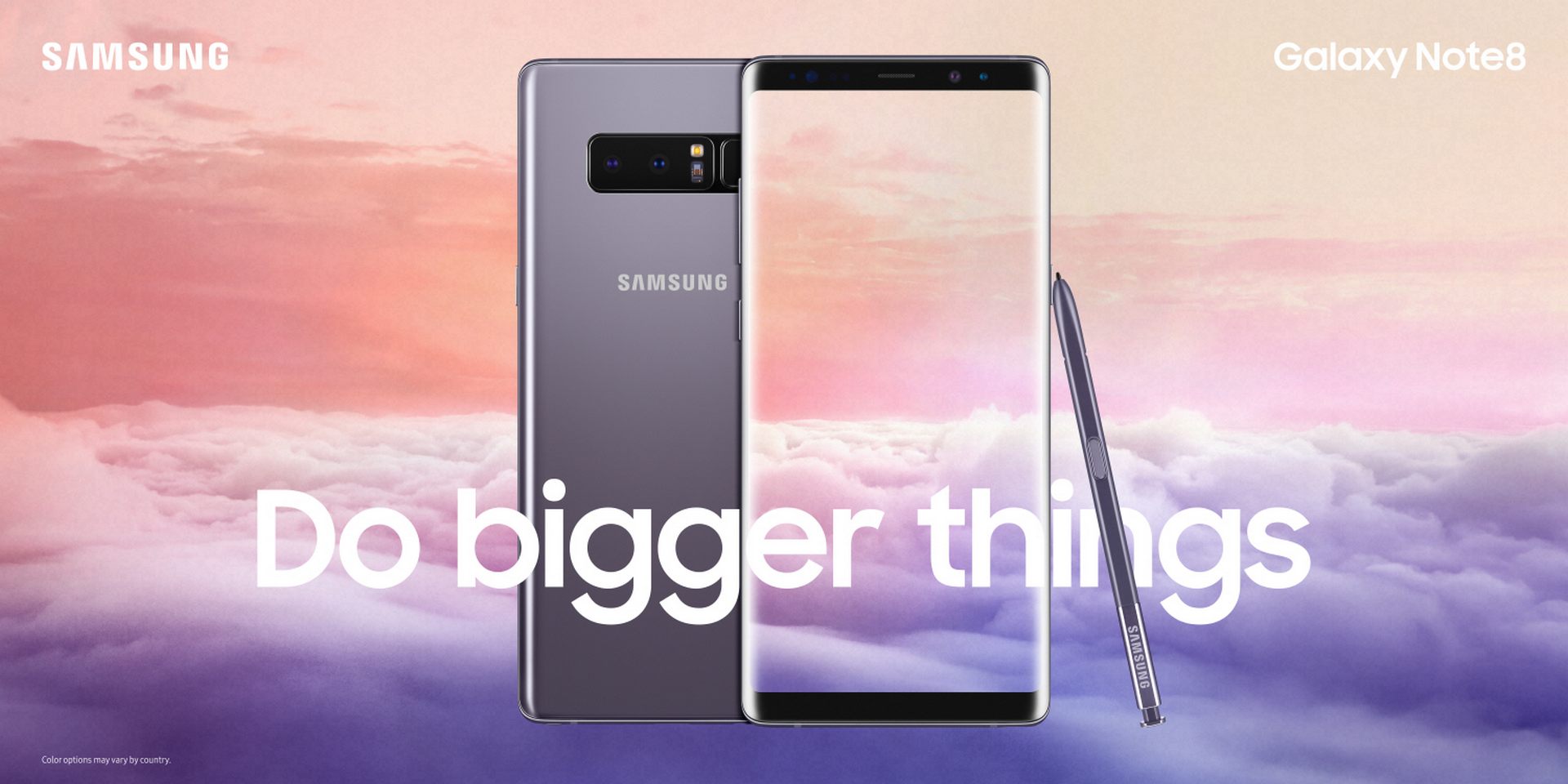 Yes, we broke the ice already and quickly reviewed the Galaxy Note 8 in a fast hands on session, but now let’s get to the details. The device has just been unveiled in New York in a special conference and we have the full specs list, price tag and other goodies, that are detailed below. Let’s meet Samsung’s latest phablet. 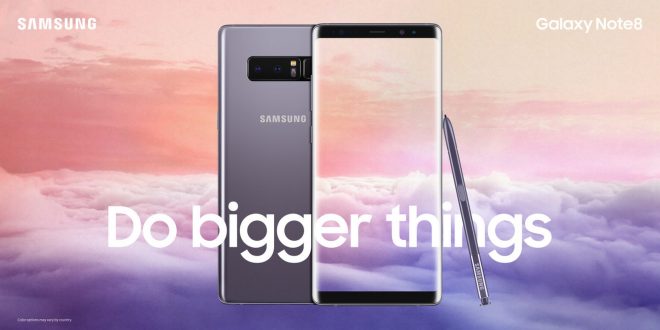 All the previous leaks have been spot on and this is indeed a narrow and big phablet, with a 6.3 inch diagonal and taking lots of cues from the Galaxy S8. Design-wise, it’s all metal and glass and the Note 8 is an 8.6 mm thick machine, that feels like a bigger Galaxy S8+. It weighs 195 grams and the fingerprint scanner is still placed next to the main camera. The colors of choice here are Midnight Black, Orchid Gray and Maple Gold, plus Deep Sea Blue. 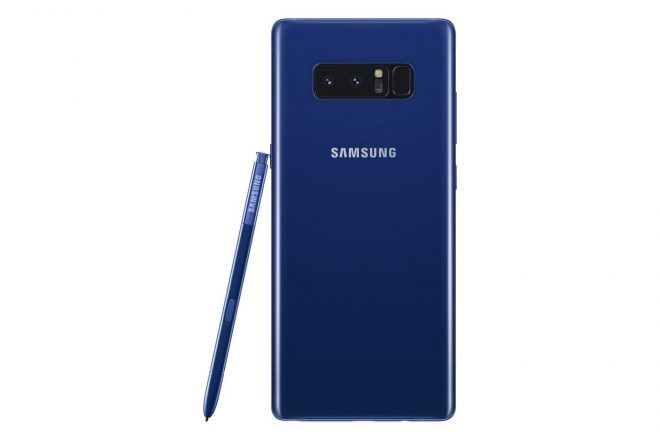 The screen is a 6.3 inch Super AMOLED unit, this time with HDR and Quad HD+ resolution. The aspect is 18.5:9 and we’ve got Gorilla Glass 5 protection, which I suspect also protects the back glass panel. The curved screen edges are still here and are still showing shortcuts and menus, like the S Edge generation. Always on Display is also kept, plus the virtual buttons at the bottom come with Force Touch, or at least the Home button does.

Hardware-wise, things are also as predicted, with same Snapdragon 835 or Exynos 8895 processor, but also with 6 GB of RAM and 64 GB of storage, plus a microSD card slot. One of the main innovations is the dual back camera, that features two sensors, with 12 MP resolution and both with OIS. One of them has F/1.7 aperture and the other F/2.4 and a telephoto lens. 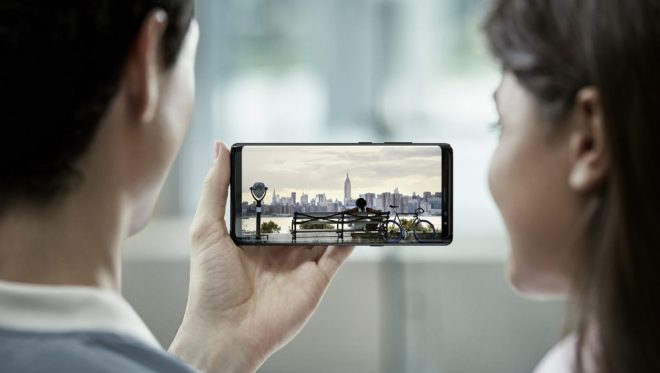 2X optical zoom is also here, plus dual tone flash, a feature called Live Focus, which is a multiple level Bokeh and 4K video capture is available. Selfies are taken with an 8 MP camera and it can work in tandem with the main one to trigger dual video calls. The handset packs a 3300 mAh battery this time, as Samsung tries to avoid the debacle of the Note 7 last year, with its 3500 mAh unit.

Wireless charging is part of the package and getting to the stylus, this one offers 4000+ levels of pressure, it’s waterproof and triggers the Air Command pallette, now with more options. There’s a note taking one, Bixby Vision is also here, Translate now offers 30+ languages, you can draw with a variety of brushes and there’s also Live Message. 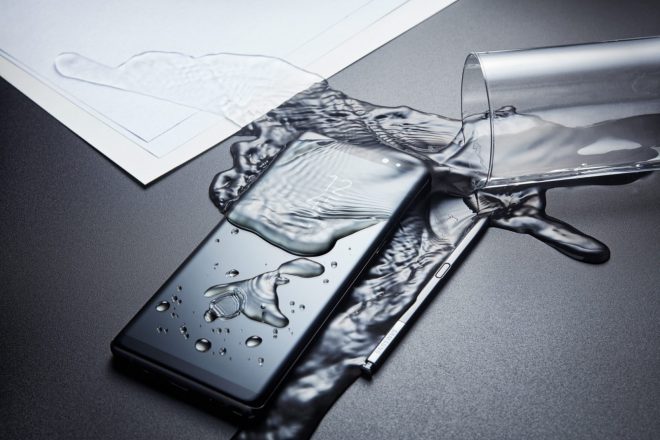 That one has iMessage-like abilities to morph text with cool effects. A Bixby button has been included and luckily the audio jack is still present. AKG headphones will be offered, from what I know and Android 7.1 Nougat is here with the Samsung UI layer on top, Bixby and all. You can use the stylus to write on the standby screen and keep writing for longer pages and lists even. 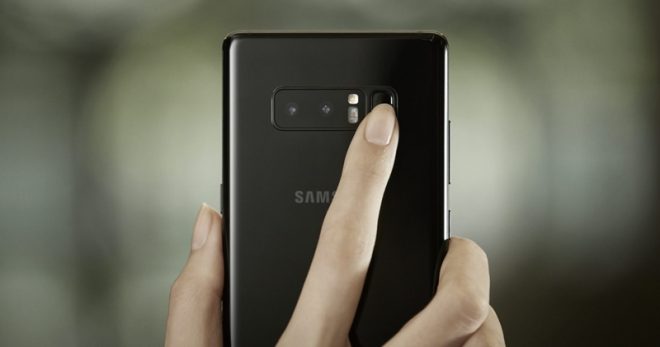 Note 8 runs two apps simultaneously and even two copies of the same app it seems. Connectivity is well covered, with USB Type-C, 4G LTE, Bluetooth 5.0, WiFi a/b/g/n/ac and there’s a fingerprint scanner at the back next to the camera, plus a front iris scanner. The Galaxy Note 8 is priced at $930 in USA and 999 euros in Europe. It’ll be up for preorder from tomorrow and deliveries start on September 15th.