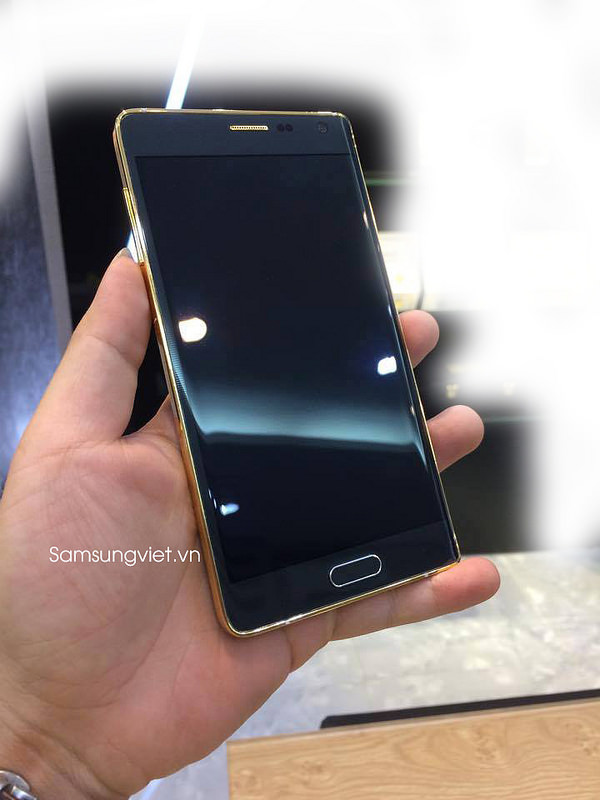 There’s already a Samsung Galaxy Note 4 out there with a golden case, or partially golden at least, but if you want to take it up a notch, you may prefer the Galaxy Note Edge in its golden flavour. This model was photographed in Vietnam and somehow it has a sci-fi vibe to it. 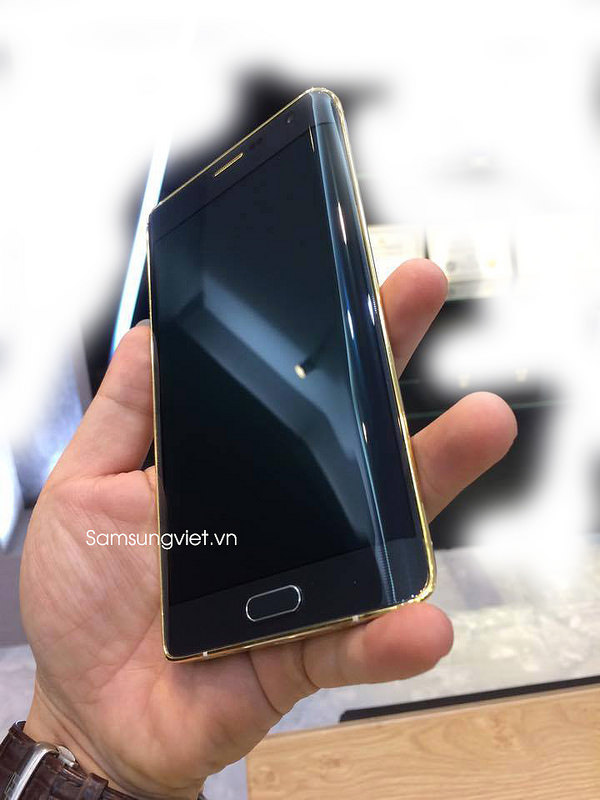 This unit isn’t gold plated completely, since just its rim is covered with gold, but it’s still fancy looking. The Galaxy Note Edge was already an exclusive piece of gear even without this customization, but now it’s more so. We have no idea what custom luxury shop plates the handset with gold and we also don’t have a price. If it’s anything like the Note 4 that received the same treatment, it may cost around $2000, like the 24 karat Galaxy Note 4.

Keep in mind that Galaxy Note Edge is harder to gold plate on the sides, because of its curved screen edge. Most of the metal plating will be applied on the rim, but there are also golden highlights in the camera area and Home button, as you can see. The earpiece grill and volume rocker are also beautified this way. The finishing touch is the symbol “au” engraved on the back, the Latin name of gold. 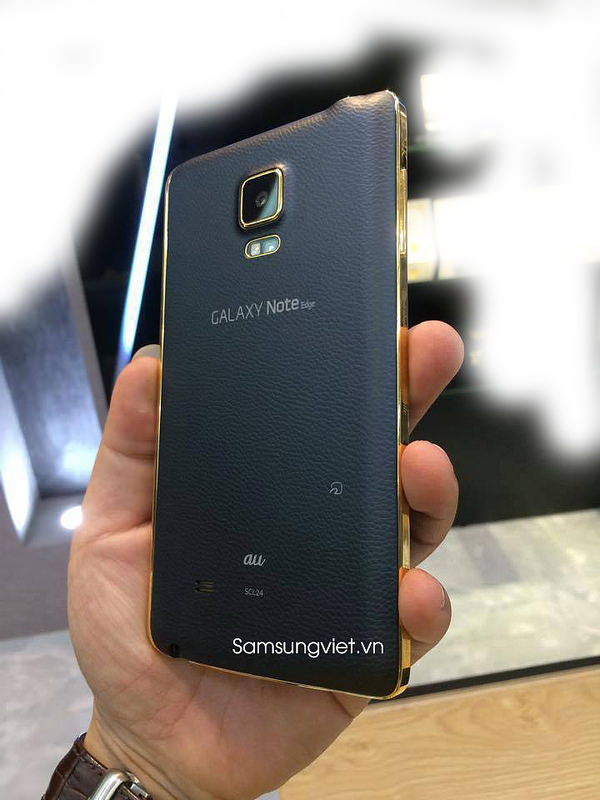