Samsung has huge expectations from the Galaxy Note II, that’s starting to debut internationally in regions where the phablet hadn’t arrived yet. Samsung expects a stronger debut for its new phablet, compared to the first Galaxy Note, that was actually an experimental product, a risk taken by Samsung, a risk that generated the phablet segment. 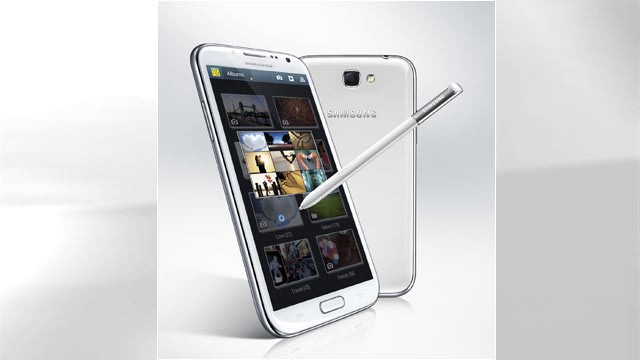 It’s interesting that Samsung has these expectations in the midst of the iPhone 5 craze, so they’re even more optimistic if we take into account the millions of iPhone 5 being sold these days. Predictions say that Note II may sell 3 times faster than Note 1, as more carriers are part of the initial offering. The info comes from J.K. Shin, head of the Samsung mobile business and he detailed that in Seoul, during a briefing. The device goes on sale in 128 markets on 260 operators, starting with South Korea this week.

Samsung is the world’s largest mobile phone seller and it already has a huge variety of Galaxy devices with Android on board. The pen packing Note II is one of the most desired and appreciated devices out there, in spite of its pretty big diagonal, at 5.5 inches, even bigger than its predecessor’s. We’ve got a quad core Exynos CPU on this device, 2 GB of RAM and some fresh S Pen applications to play with. Galaxy Note II was unveiled at IFA 2012 a month ago and now it’s ready to hit the shops.

Will you buy one?