The launch of Samsung Galaxy S III will proceed as planned, on June 21st, in spite of Apple’s recent attempt at banning the phone in USA. They based their claims on the usual patent breaches, but the judge couldn’t be convinced. Below you can see a picture of the famous Judge Lucy Koh, the person who has the faith of Samsung – Apple case in her hands. 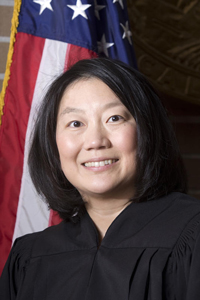 For about a year now Judge Koh has been mediating the dispute in court between Apple and Samsung and ruled in favour of Samsung lately. Last I heard, Apple was unhappy with the slide to unlock on the Galaxy S III and its ability to call phone numbers mentioned on web pages and in texts. Those were considered infringed patents and Apple wanted to add the charges to its already famous Galaxy Tab 10.1 case.

Samsung wanted a separate case, to gain more time to sell the Galaxy S III in the USA. The phone debuts on June 21st ad will sell for about $200 on AT&T on contract, for example. This phone was called the fastest selling gadget of all time, having presold 9 million units, not including the US, so Apple has reason to fear it.

Judge Koh based her decision to let Samsung be on her busy schedule ruling in the Apple v Samsung other suits. Funny, right?