A device that looks very much like a new Galaxy model was recently spotted in an official press conference video from Samsung. Some say this is the new Samsung Galaxy S III, that’s expected to be unveiled next month in Barcelona at MWC 2012…. I’ll let you be the judge of that, using the picture below and the video (minute 7:11) after the break. 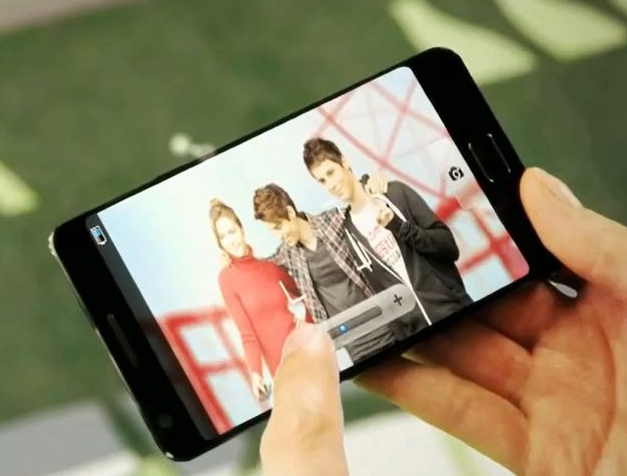 Notice how thin the bezel is, actually much thinner than the one on the Galaxy S II. Some people are saying that this is actually the Galaxy Note with some modifications to the design. We could be seeing the successor of the Note here, especially if we take into account how small the user’s fingers look next to the device. One thing’s for sure, this is a Galaxy series unit, considering the look of the Home button. Rumors are saying that the Galaxy S III will come with a next generation Super AMOLED screen with a 4.6 inch diagonal and maybe a quad core Exynos CPU.

Worst case scenario we’ll have a dual core Exynos device with a 2GHz frequency, 1GB of RAM (or more), 32GB of internal memory and maybe even a 12 megapixel camera with great capabilities. The image you see here could end up being a mere render or mockup and not the actual phone, so take the info with a grain of salt.