CES 2012 only revealed a part of what Sony has prepared for this year, according to rumors that point to at least 4 more handsets from the Asian company coming to MWC 2012 next month. One of them was leaked today, with Windows Phone on board and now a couple more models leak, these ones with Android and probably the Xperia branding. The most famous of them is the Xperia Nypon, that’s shown below in an older render/concept. 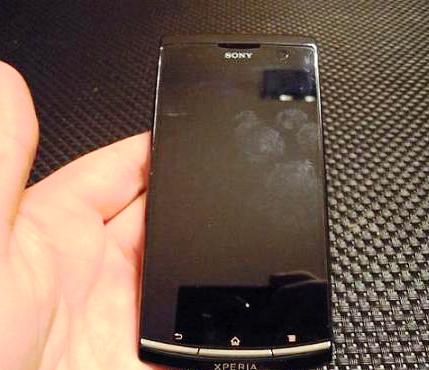 Also known as the Sony Ericsson LT22i, Nypon has just had its specs leaked and they seem to include a ST-Ericsson NovaThor U8500 processor (1GHz, dual core), 1GB of RAM, 16GB of ROM and Android 2.3 Gingerbread as the OS. There’s also a 4 inch display on board, that’s actually the drawing point for this handset, since it’s based on WhiteMagic technology offering 1000 nits of brightness, just like the brightest phone on the market, the Nokia 701. Nypon also comes with an 8 megapixel camera, Bluetooth 2.1, WiFi and GSM.

The same WhiteMagic display has another advantage: it uses up two times less battery power than traditional LCDs, so I certainly want to find out the battery life of the Nypon. In other news, Sony Ericsson MT27i aka Pepper also had its specs outed and these ones include the same CPU as the Nypon, plus a mystery amount of RAM/ROM, Gingerbread, a 5MP camera and a 3.7 inch FWVGA display. Finally, there’s the entry level unit Sony Ericsson ST21i Tapioca, completing the list of leaks.