Prashant Chandra created a very interesting Fujitsu laptop concept, that’s part of the Lifebook series and it’s seen as a 2013 product. As you can see, the handset is perfectly integrated into the laptop, as it’s inserted into a slot, just like a memory card would. Also, there’s a digital camera that attaches to the back of the laptop’s display. 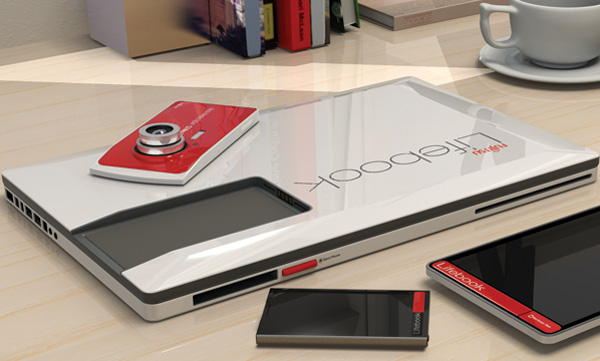 The tablet is attached to the body of the Fujitsu Lifebook concept laptop through 16 pins and becomes the main virtual keyboard of the device. I guess that the handset can be used as the brain of the laptop, holding the CPU and part of the storage, while the tablet brings extra internal memory and input abilities, including the possibility to draw, doodle and sketch on the big touchpad-like mechanism that it becomes. Each of the gadgets can be used on its own without problems, which is pretty cool, since these models will bring all the content they generated back to the laptop once they’re attached.

The phone also serves as a music player and it shares hardware and data as soon as it’s plugged in, according to the creator of this hybrid. I wonder what the battery life is here and whether or not these gizmos share power between their batteries. This is certainly a doable project, since we possess the technology to create it, but is it worth the effort? 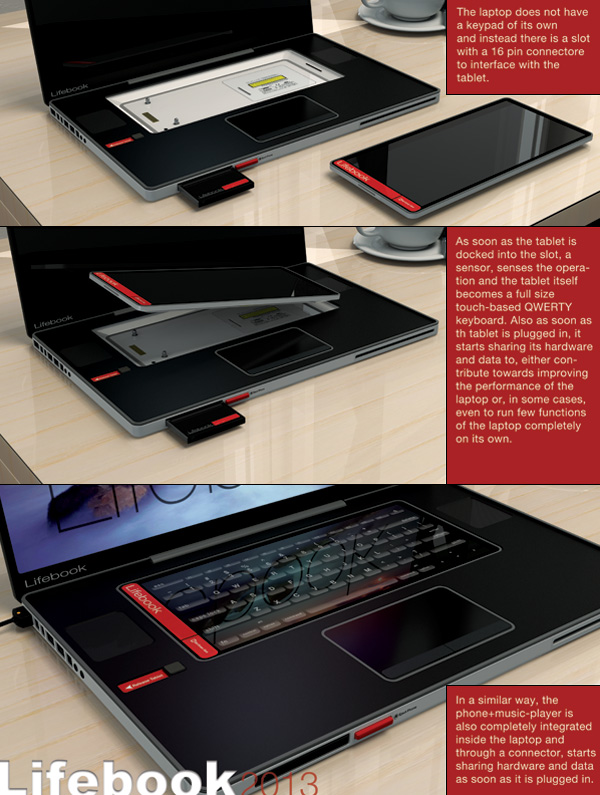 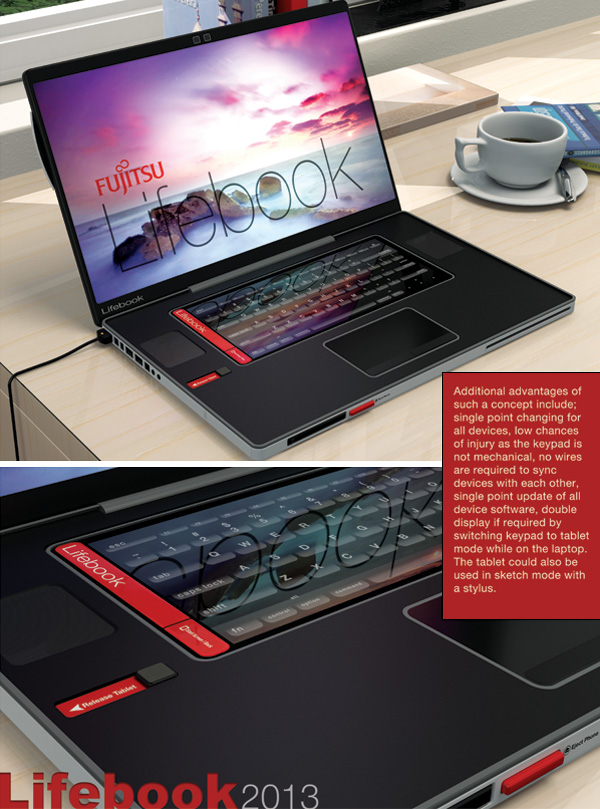