Merely two hours ago Samsung announced officially the Galaxy S III flagship smartphone, that we were all waiting for impatiently. The device is welcome among a wave of quad core phones, like the LG Optimus 4X, HTC One X and Huawei’s Quad model. Also, it appears that 90% of the rumors surrounding the new Galaxy S were real. 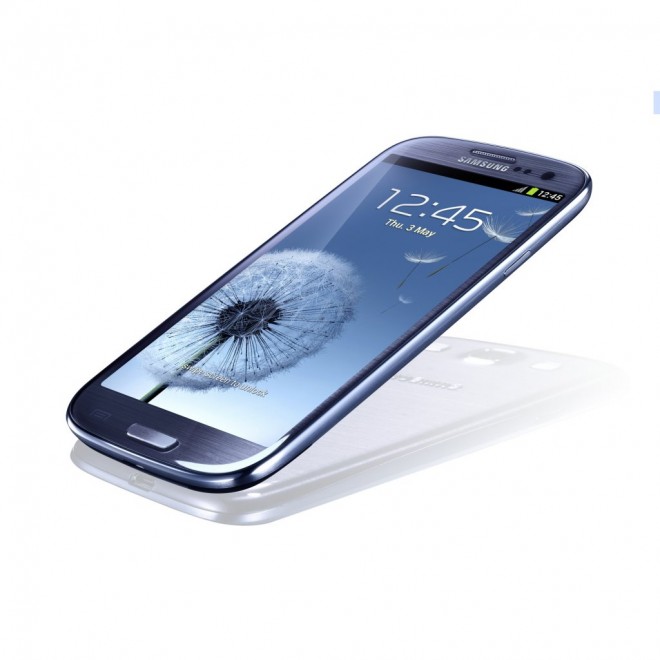 The phone really is 4.8 inch in diagonal, it does support HD resolution and it has an 8 megapixel camera. The design is very rounded and plasticky and the Home button has been enlarged a bit. This handset is the one codenamed I9300 and it offers HSDPA 21 Mbps connectivity, LTE (where available) and a 4.8 inch HD Super AMOLED screen with Gorilla Glass protection. The phone measures 8.6 mm in thickness, weighs 133 grams and relies on a quad core 32 nm Exynos 4212 quad core processor at 1.4 GHz.

There’s a Mali 400 MP GPU in the mix on the graphics side and 1GB of RAM also available. Android 4.0.4 is the OS of choice and you also get a microSD card slot, 16/32/64 GB of storage and an 8 megapixel camera at the back, with the ability to do 1080p video recording at 30 fps. The camera has a LED flash, touch focus, face detection, image stabilization and is accompanied by a 1.9 MP front videocall cam. Back to the connectivity, we get WiFi, Bluetooth 4.0, NFC, microUSB, GPS and FM radio.

The battery inside is a respectable 2100 mAh unit, certainly more potent than the one on the Galaxy Nexus. Other things worth mentioning are the Human and Nature approaches that Samsung took for this phone. The focused its design and features on the use by Humans and its look on elements from Nature. They promise zero camera shutter lag and also offer a very cool feature that allows one to resize and more around the screen a video while they watch it an want to do something else. That’s called Pop Up Play.

We’ve also got the S Beam combo of WiFi Direct and NFC, for an ultra quick transfer and the handset is able to recognize the user’s voice commands and gestures. Entering a contact windows and lifting the phone to your ear will result in you calling that person. How cool is that? The phone also has a kickass voice command function, that allows you to do anything, from taking photos, to showing the weather, calling a person and powering up the screen. One more thing: the phone debuts in Europe on May 29th and it will be taken on a promotional tour through major cities in the world. It’s also the official phone of the 2012 Summer Olympics. So, are you getting one? I think it’s fugly… 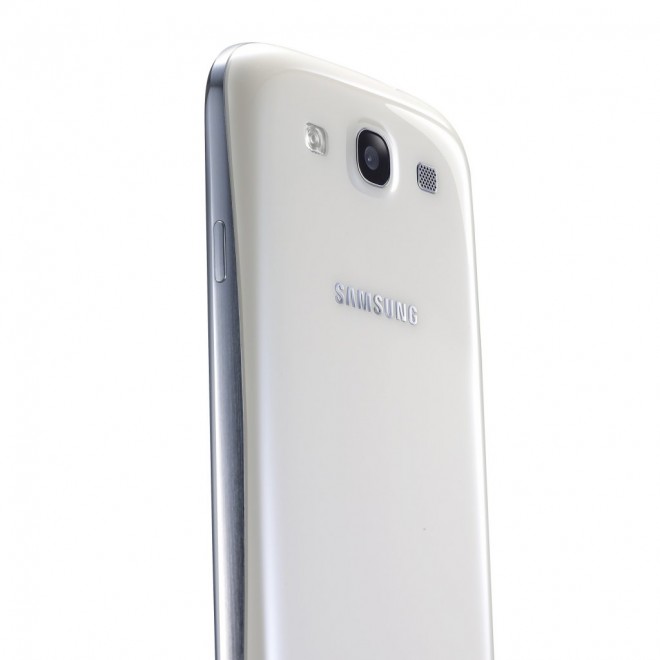