There hasn’t been one day over the past week without an image of the Samsung Galaxy S III or some new information on the iPad 3. Well, today we find out that the Galaxy S III may actually arrive earlier than estimated, with Samsung official stating that the product must become popular in China and in order for it to reach big sales it will be rescheduled for debut in April instead of May. 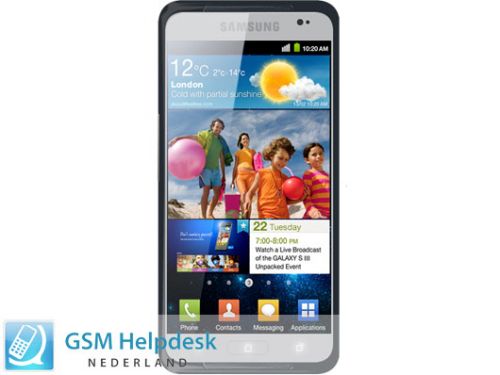 We’ve previously heard that Samsung was planning a big launch event in London on May 22nd, but that may still be on the timetable, since Sammy only addressed the Chinese launch in the recent statement. Speaking at Samsung Forum 2012 in Beijing, China, the company’s officials said that they want a bigger market share in China so they will resort to aggressive marketing activities for smartphones, TVs, laptops and home appliances. An increase of 40% is the goal of the South Korean company here and with the Galaxy S III coming, that may be attainable.

This device is supposed to be a quad core unit with an Exynos chip, 4.7 inch HD display, 8 megapixel camera with 1080p capture, ceramic back, Android 4.0 on board and maybe LTE and NFC. People also expected an edge to edge screen on the handset, but recently leaked pics (both live and press shots) show us that there’s still a bezel on the side. The truly important factor for the success of this product will be its price and I’m very curious to see that, especially on contract, in the USA.