It’s time for yet another round of Samsung Galaxy S IV leaks, since we’re getting closer to its release. It’s unlikely we’ll see it at MWC 2013, but there’s always hope of at least a hands on leaked video or something, behind the scenes action maybe. Today we’re faced with the leak of a benchmark related to teh Galaxy S IV. 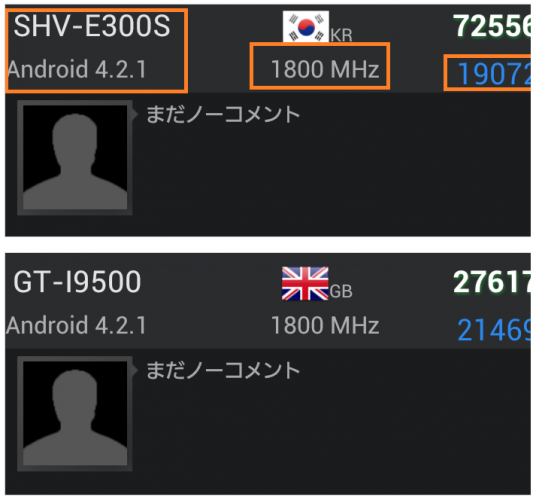 Apparently, the phone has been tested and found to include the Exynos 5 processor, the OCTA one that we recently saw Samsung detail at CES 2013. The benchmark shows a clock speed of 1.8 GHz and Android 4.2.1 as the OS here. Also, there are two versions of the device mentioned in the benchmark: a South Korean one and an international one (UK). The latter is the GT-I9500, while the latter is codenamed SHV-E300S. It also appears that the South Korean unit is beating the Asian one by a few thousand points.

Obviously benchmarks can be faked and considering we recently saw a fake picture of the Galaxy S IV, that was well done, nothing is impossible nowadays. The appearance of the new Galaxy S in benchmarks usually takes place weeks or months before the release of the phone. So, are you excited about the fact that the Galaxy S IV will have an 8 core CPU of the Exynos 5 OCTA kind?