After a long period of speculations and rumors (and some angry customers who bought the Galaxy S4), the upgraded S4 is finally announced officially in Korea. We’re talking about a Snapdragon 800 device with the brand new type of LTE offered in Samsung’s home country. 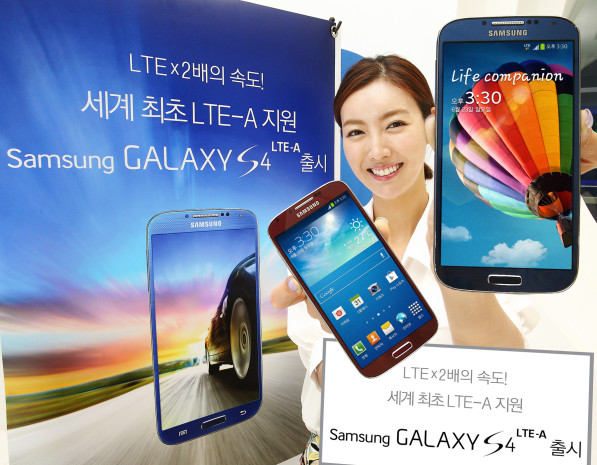 This new connectivity standard is LTE-A and it’s being pushed by at least one of the local carriers. It appears that the LG Optimus G2 and some future Pantech phone will also offer support for this technology. Back to the Samsung Galaxy S4 LTE-A (which seems to be the official name by the way), this model reaches 150 Mbps download speeds and packs a 2.3 GHz quad core Snapdragon 800 CPU.

This CPU also brings a new GPU, Adreno 330, while the Snapdragon 600 relied on the Adreno 320, that we also had on the Snapdragon S4 Pro. Other than that the specs are the same: 2 GB of RAM, 5 inch Full HD Super AMOLED display, 13 megapixel camera at the back and a 2600 mAh battery, plus the usual software and feature suite.